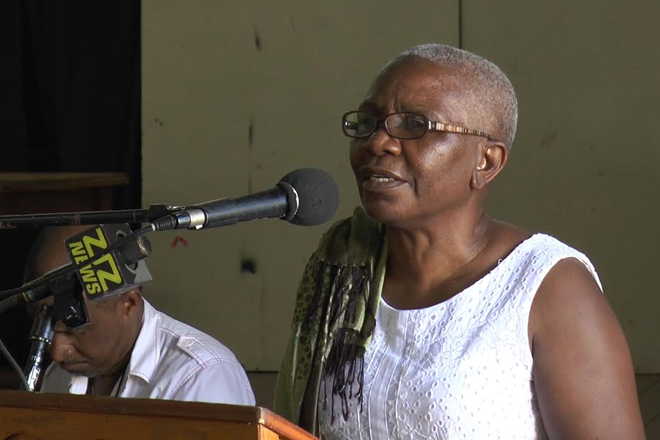 Diabetes and The Eye Forum

(ZIZ News) — “Diabetes and The Eye” was the topic of discussion on Sunday at the St. Kitts Diabetes Association’s general meeting.

Diabetics and interested persons were informed of the effects of diabetes on the eye by Kittitian ophthalmologist, Dr. Samuel Nisbett.

He encouraged those present to always ask their doctor questions stating, “Diabetes is a pretty complicated topic and part of the reason is that it affects every single organ in the body. One of the things I always say with my patients…whenever you leave a doctor’s office or a nurse’s office or the community health centre or wherever, make sure that you get something that says what is the problem.”

“Diabetes affects old, young, male, female, boys, girls, pregnant women and anybody and its friend to none. I want each and every one of you t focus your attention on who you are. Do not let diabetes own you; you don’t own it either. It’s not your identity,” she said.

The St. Kitts Diabetes Association hosts general meetings once every 3 months to educate interested persons on the effects of diabetes.