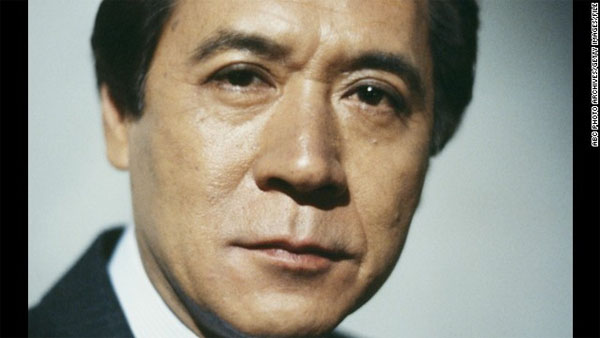 (CNN) — James Shigeta, a prolific and pioneering Asian-American actor whose 50-year career includes the movies “Die Hard” and “Flower Drum Song,” died in his sleep in Los Angeles on Monday, his agent said. He was 81.

“It is with great sadness that I report the loss of my longtime friend and client,” Shigeta’s agent said. “James was the biggest East Asian U.S. star the country had known. … The world has lost another wonderful actor, sadly I lost a dear friend.”

While he’s well-known for co-starring with Bruce Willis in 1988’s “Die Hard,” in which Shigeta played the executive Joseph Takagi, his work stretches across TV and film, and he is considered one of the first Asian-American actors to rise to prominence.

According to Variety, Shigeta was born in Hawaii and went on to study acting at New York University before joining the Marines. His big-screen debut came with the 1959 crime drama “The Crimson Kimono,” in which he played a detective named Joe Kojaku. The next year, the Golden Globes gave the actor the “new star of the year” award.

According to The Hollywood Reporter, Shigeta, who was also a singer, did all his own singing in that film. Younger generations were introduced to his voice in the 1998 animated movie “Mulan,” in which Shigeta played General Li.

The actor also carved a career for himself in the television industry, making appearances in series such as “Perry Mason,” “The Love Boat,” “Hawaii Five-O,” “Fantasy Island” and “Little House on the Prairie.”

His last credited role was in the 2009 comedy film, “The People I’ve Slept With.”