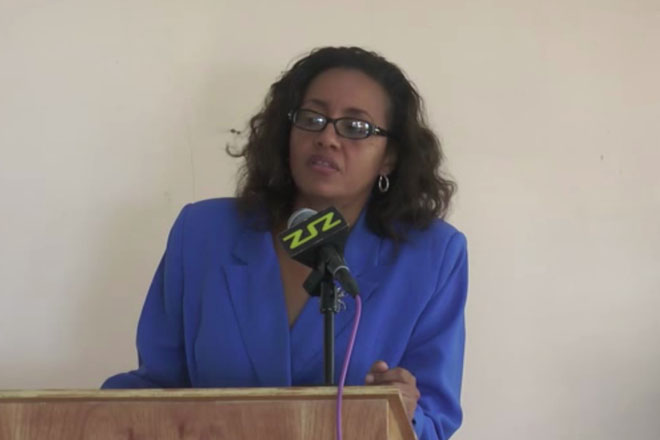 (ZIZ News) – The topic of abuse was the centre of discussion on Wednesday morning as dozens of participants attended the Caribbean Women’s Association workshop on domestic violence.

During the opening ceremony, Minister of State for Gender Affairs, Hon. Wendy Phipps, said addressing the issue is critically important as statistics show that more than half of the women in St. Kitts and Nevis have suffered some sort of domestic violence.

“From 2013 alone, you had statistics showing that 35 percent of all women globally suffer some sort of domestic violence. But when the statistic is brought home at the national level, what we’re finding is that that percentage has doubled,” she explained.

She said that only 15 percent of victims report incidents of domestic violence and that stems from several factors including fear and in some cases and the lack of a sense of independence.

She commented, “In terms of understanding that they can survive without having the need to have a man around as a bread-winner and by extension figuring that you have the obligation of putting up with any kind of nonsense from them in order to feed your children and to maintain a particular social standing in your community, in your neighbourhood, and so forth.”

Minister Phipps called for an end to the double standard that seems to be applied to girls when they are raised.

She said, “What we’re finding more and more is that we’re raising our girl children with double standard. We’re training boys along a certain route but when it comes to women the rules are different. And I don’t think that the rules should be different, especially in an environment like ours in St. Kitts and Nevis where more than 50 percent of our households are headed by females.”

The Domestic Violence Workshop was held at Manhattan Gardens at Lime Kiln.