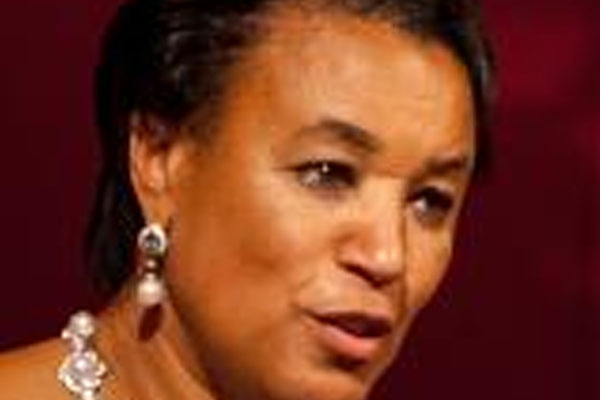 New York, USA — The insistence by the government of Dominica to sponsor the candidacy of a sitting member of the British parliament and former minister in the British government for the post of Commonwealth secretary-general when the office comes up for election in November 2015 is causing confusion and embarrassment to other Caribbean Community (CARICOM) governments.

The start of a scheduled meeting of CARICOM foreign ministers in New York in the margins of the UN General Assembly last Thursday was delayed when those attending found Baroness Patricia Scotland of Asthal, a Labour Party peer in the British House of Lords, sitting in the Dominica chair.

CARICOM representatives objected to the presence of the former British government minister and current member of the British Upper House at their meeting at which the position of their governments on several sensitive international matters was scheduled to be discussed.

Following a hurried discussion outside the meeting room, the British baroness was quietly asked to leave the room.

Dominican Prime Minister Roosevelt Skerrit claims that he is sponsoring Baroness Scotland’s candidacy for the post of Commonwealth secretary-general because she was “born in Dominica”, even though she left there when she was just two years old and has never worked for any Dominica government, Caribbean government or Caribbean institution.

Her presence at the CARICOM foreign ministers meeting appeared to be an obvious attempt to promote her Commonwealth candidacy even though other CARICOM nominees for the post were not at the meeting.

Scotland’s nomination by Dominica does not sit well with other CARICOM governments, which point to the fact that her entire career has been in Britain — she is part of the British establishment and she has worked exclusively for the British government, holding several positions in the government and legislature for 17 years.

One senior Caribbean minister posed the rhetorical question, “Given the baroness’s many ministerial positions in the United Kingdom, why is she not a UK government nominee?”

Scotland chose to take the title of her peerage — Baroness Scotland of Asthal — from the village in Oxfordshire, England, in which she lives.

She has been a member of the British parliament since 1997 and has served in many ministerial positions in the British government, most notably as attorney general of England and Wales and advocate general for Northern Ireland.

The Commonwealth secretary-general is elected to a maximum of two four-year terms and the incumbent, Kamalesh Sharma of India, is due to demit office in April 2016 on the expiration of his second term.

The election of the secretary general is held in a restricted session at a Commonwealth Heads of Government Meeting (CHOGM), in which only heads of government may be present.

Sharma’s successor is due to be elected at the next CHOGM in Malta in November 2015.