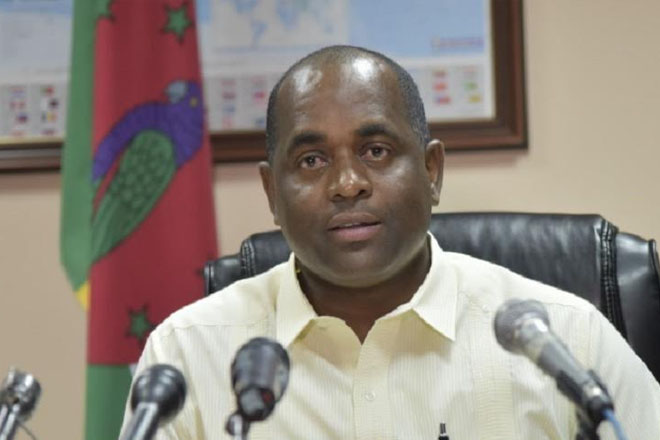 ROSEAU, Dominica — Dominica’s Prime Minister Roosevelt Skerrit says the multi-million-dollar aid package British Prime Minister Dave Cameron has announced for the Caribbean is a godsend for his country and the rest of the region.

He declared yesterday that “God did not come, but He sent Dave Cameron” to aid Caribbean countries grappling with sluggish economies and, in the case of Dominica, the ravages of natural disasters.

Skerrit said the timing of that gesture “could not have been more opportune”.

“While we were not daunted by the task ahead, the reality is that these countries needed a generous cousin, if not a big brother, to step in and assist. This development fund announced by Prime Minister Cameron is the lifeline that several countries in the region were quietly hoping for,” he said in an official statement.

Delivered in collaboration with the Caribbean Development Bank, the infrastructure fund will use money from the UK’s existing aid budget, to provide grants over the next few years for a range of projects that will help boost growth and trade across the region, creating jobs and opening up new market opportunities for British businesses.

It will be available to eight Commonwealth countries in the region eligible for UK Official Development Assistance: Jamaica, Guyana, Belize, Dominica, Grenada, St Lucia, Antigua and Barbuda and St Vincent & the Grenadines; as well as Montserrat as an eligible Overseas Territory.

The news was especially welcomed by Dominica which is still trying to rebound from the ravages of Tropical Storm Erika, which dumped more than 12 inches of rain on the island, causing flooding and landslides that resulted in the deaths of more than 30 people. Hundreds more are homeless and the country’s infrastructure and other physical development has been set back by more than 20 years.

Just last Monday, the World Bank issued a report on the effects of Tropical Storm Erika on Dominica, saying just under US$350 million will be required to return a semblance of normalcy to the island.

And only last Tuesday evening, in an address to the nation, Skerrit said the country’s vital agricultural sector had effectively been wiped out, with hundreds of millions of dollars of farm lands and equipment having to be rebuilt and replaced.

“It is against this backdrop that we welcome the announcement by Prime Minister Cameron. This is not exclusively for Dominica, but we are delighted that we can benefit. We are happy for other beneficiary countries, because developmental challenges have been besetting small and large states alike, particularly since the global economic meltdown of 2007,” Skerrit said.

“I look forward very much to meeting with officials of the British government and garnering details of the operation of the fund. But, the very fact that it has been established in the first place is very good news for the Caribbean,” the Dominican leader added.