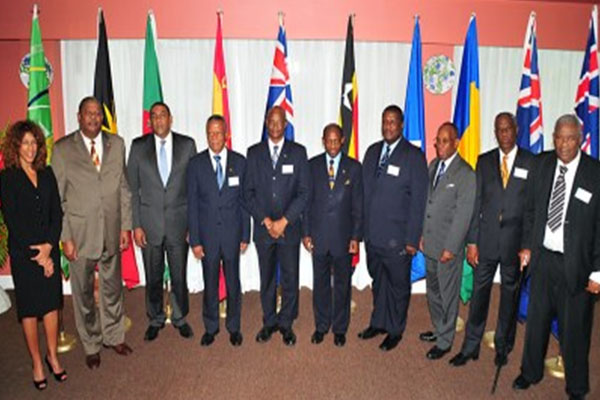 ROSEAU, Dominica — Tourism ministers from the Organisation of Eastern Caribbean States (OECS) sub-region met in Dominica last Thursday to discuss a number of tourism related issues now confronting the sector and identified joint solutions to some of these challenges.

Issues such as yachting, OECS common tourism policy, community tourism and ease of travel within the region were among top agenda items, as the officials sought to brainstorm on new ways to grow the industry.

Dominica’s minister for tourism and legal affairs, Ian Douglas, in welcoming his fellow tourism heads to the 12th meeting of the OECS council of tourism ministers, spoke extensively on the issue of ease of travel.

He expounded on recent strides made by Dominica in its efforts at improving air access.

“Ten years ago landing in Dominica after 5:00 pm was impossible. Today one can land in Dominica up to 10:00 pm,” he said.

The minister expressed the need for a renewed focus by the OECS region in addressing all issues confronting travel in the region.

“We recognize that there is a need for much more development in this regard. Travel both by sea and air is important to all of us as small island states of the OECS. We need to address all issues compounding travel and put the necessary systems in place to facilitate movement of our citizens and also of our visitors. This being said, each OECS country must ensure that travel among our destinations by our citizens is facilitated,” the minister stated.

“Often, he said, “we fail to honour our commitments as OECS states and this can result in a certain level of insularity. We can let our region become a model for the wider CARICOM region in this regard.”

The tourism minister took the opportunity to speak of a recent decision made by the government of Dominica to invest in regional airline LIAT.

Douglas stated that an initial EC$3 million was allocated for that purpose which will go towards the government’s investment into the airline.

“We strongly believe that this investment is in the best interest of our people, not only of Dominica but of the region. This contribution will facilitate the acquisition of new aircraft and this is expected to create new opportunities for more visitors to come to our island as well as to facilitate the movement of our citizens to Dominica. This initial investment forms part of an overall 8 million EC dollar investment that will be made into the airline,” Douglas said.