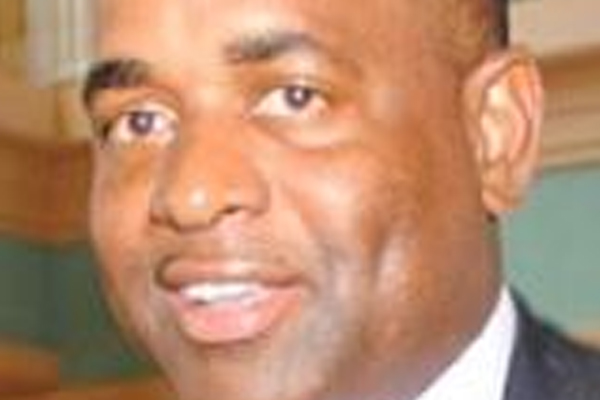 Skerrit has been prime minister of Dominica since 2004 having been sworn-in at the age of 31 as the country’s and Caribbean’s youngest prime minister on January 8, 2004, following the death in office of former prime minister Pierre Charles.

Skerrit said he is humbled by the election victory and he expects stronger opposition in parliament with the opposition gaining additional seats.

“I wish to congratulate Mr Lennox Linton, the political leader of the United Workers Party on his election to parliament, and also, the other new opposition members,”

The prime minister also suggested that “this is not the time for boasting or ridiculing anyone who may have supported other parties. This is a time for reconciliation, for patriotism, and for unity in pursuing the shared goal of creating a prosperous, peaceful and just Dominica”.

The mission said it focused its observation activities on gathering information about the status of the recommendations made by the OAS/EOM in 2009. On election day, the members of the delegation visited the country’s 21 constituencies, and observed the voting process from the opening of the polls to the transmission of the preliminary results.

Observers noted that the polling stations opened on time, were adequately staffed and fully equipped with all of the materials required for the election. The mission highlighted the professional and deliberate conduct of the poll workers, who were very well trained and facilitated the voting process for the electorate.

The OAS/EOM supports the introduction of new translucent ballot boxes and additional security measures to safeguard the votes and strengthen the transparency of the electoral process.

Based on the information gathered by the OAS/EOM in meetings with electoral authorities, government officials, political parties and representatives of civil society organizations, the mission presented the following preliminary findings and recommendations which aim to improve future electoral processes in Dominica:

1. The OAS/EOM noted that the electoral laws establish a continuous registration process and the right of persons who are registered is guaranteed until such time as their names are removed from the list in accordance with the provisions established under section 7 of the Registration of Electors Act. The Mission heard concerns expressed by different actors on the number of people registered in the voters list, which exceeds the country’s population. While there are currently 72,484 registered voters; the country’s population is 71,293, according to the 2011 census. Although the law provides for the list to be reviewed, some of the mechanisms used for this purpose were not effectively enforced, raising doubts about the total number of citizens who are duly registered and eligible to vote. In light of this, the OAS/EOM once again recommended that the voter registry be reviewed and updated according to the provisions established by the electoral laws, ensuring that the electors on the list are only those eligible to vote.

3. During the electoral campaign, the OAS delegation heard allegations of travel assistance being provided to Dominicans living abroad to return to vote for particular parties. While the Mission could verify these allegations, it encouraged the political actors presenting these claims to provide documentary evidence to the appropriate authorities for further investigation.

4. All actors with whom the Mission met indicated that campaigns have become increasingly expensive. Claims were also received regarding the potential use of state resources for electoral campaigns, leading to suggestions of an “uneven playing field” among political contenders. The OAS/EOM took note that Dominica does not have campaign financing laws and reiterated the need to consider legislation on political campaign financing. This will represent a significant step to ensuring equity and transparency in the electoral process. The OAS has advocated for campaign financing regulation in all member states including those in the Caribbean. In 2010 the Organization presented a model law, which could be used as a starting point for this process.

5. The OAS/EOM recognized the historic role that women have played in Dominica, becoming the first country in the Americas to have an elected female head of government. Despite the strong participation of women in the organization and administration of the electoral process, it is important to note that only six of the 44 candidates running in this election were women. The preliminary results indicated that out of the 21 seats of the House of Assembly, women will hold only three. The Mission recommended that political parties consider initiatives, including training programs and awareness-raising campaigns, geared towards enhancing leadership roles of women in the political process.

6. The Mission observed that since 1990, the number of constituencies has remained unchanged with significant imbalances in the number of electors between them. While larger constituencies have more than 7,000 registered voters, the smallest has 1,569 electors. The OAS/EOM recommends that, according to the provisions under section 57 of the Constitution, the Electoral Boundaries Commission should review the number and boundaries of the constituencies so that they ensure the equal representation of the electorate.

The OAS reemphasized the importance of considering these recommendations before the next electoral cycle.