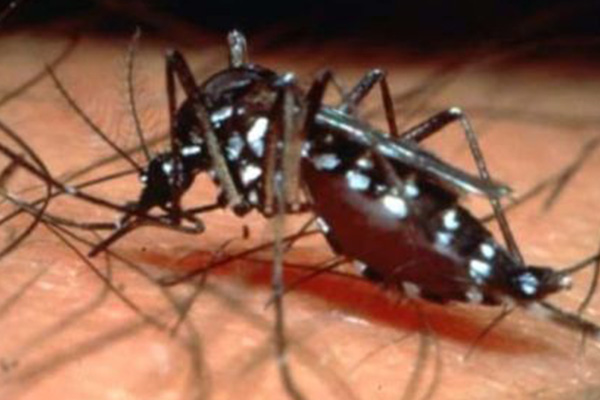 ROSEAU, Dominica (CMC) – Dominica has recorded its first case of the chikungunya virus but health officials say there is no cause for alarm.

“We can confirm that we have the first local case of chikungunya in Dominica,(but) there is no need for any alarm at this time,” said Chief Medical Officer of Dominica Dr David Johnson, adding that it was ”very importantly for us we want to establish if there are any other cases in Dominica”.

Earlier this week the Trinidad-based Caribbean Public Health Agency (CARPHA) said it is working closely with the French and Dutch authorities after the region recorded its first ever case of chikungunya.

Late last month, CARPHA said it had received notification of 10 confirmed cases of locally acquired chikungunya virus infection on the French side of the Caribbean island of Saint Martin.

Chikungunya is a viral disease, carried mainly by the Aedes aegypti mosquito and causes a dengue-like sickness.

Symptoms include a sudden high fever, severe pain in the wrists, ankles or knuckles, muscle pain, headache, nausea, and rash. Joint pain and stiffness are more common with chikungunya than with dengue.

The symptoms appear between four to seven days after the bite of an infected mosquito. The majority of clinical signs and symptoms last three to 10 days, but joint pain may persist longer. Severe cases requiring hospitalisation are rare.

CARPHA executive director Dr James Hospedales told the Caribbean Media Corporation (CMC) “the Caribbean is at risk, exactly what will happen in the weeks and months ahead we don’t know because it has not been here before but we are at risk”.

He said a few reasons, this is a new virus to the region and therefore the vast majority of people are susceptible.

Dr Johnson said the Dominican person infected with the disease had started showing signs of the sickness in mid-December, and confirmation was given this week by CARPHA.

He said an emergency meeting was then convened for stakeholders to examine their rapid and coordinated response. This involves the clinical management of persons with the signs and symptoms of the virus, the vector control, laboratory support, response, surveillance of the disease, and public education.

“With this case showing up on our doorstep, we have already put measures in place in the community of Good Hope where it has occurred. A team is on the ground from the National Pest and Termite Company working alongside the environmental health department and health team members in doing some larva surveys in the community,” said Chief Environmental Health Officer Anthony Scotland.

He said houses would be inspected for mosquito breeding and treated around the island.