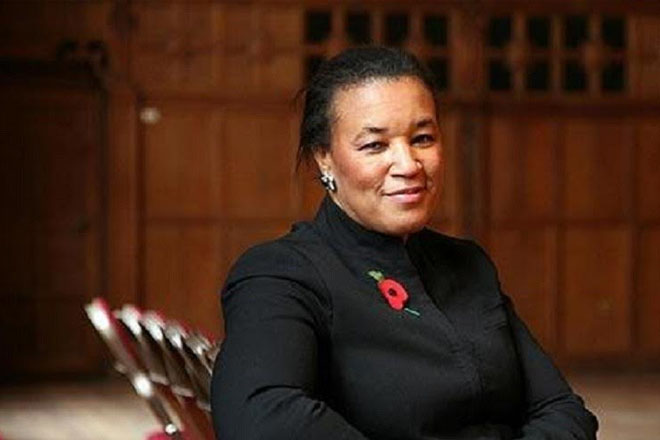 Dominica sticking by its candidate for Commonwealth Secretary General post

(Caribbean360) Roseau, Dominica – Despite an announcement at the end of a meeting of Eastern Caribbean leaders last week that they will settle on one candidate for the post of Commonwealth Secretary General, Dominica is insisting that it is 100 per cent behind its nominee, Baroness Patricia Scotland.

Prime Minister Roosevelt Skerrit sought to make that clear in a post on his Facebook page, and on the government website, which highlighted comments made by Minister of Foreign Affairs Francine Baron at a press conference that followed the end of the Organization of Eastern Caribbean States (OECS) Summit in Dominica.

The OECS chairman, Prime Minister Dr Keith Mitchell of Grenada, had announced at that media briefing that leaders will be backing one candidate for the post of Commonwealth Secretary General when elections are held in Malta later this week – either Baroness Scotland, a former UK Attorney General with Dominican roots, or Antigua’s Ambassador to the United States Sir Ronald Sanders, who has received public endorsement from several Caribbean Community (CARICOM) member countries.

“We believe that is absolutely necessary. It makes no sense going there with two candidates, reducing the possibility and having ourselves eclipsed because of the lack of a unified effort around a particular candidate,” he said at the time.

But Skerrit highlighted that Minister Baron made it clear, even then, that Dominica stood fully behind Scotland.

Murmurs of “unfortunate” could be heard as the Dominican minister spoke.

The Opposition United Workers Party (UWP) has called on Skerrit to withdraw his nominee.

“Baroness Patricia Scotland of Asthal has never lived in or worked in or for any member of the CARICOM grouping. She is a sitting member of the British House of Lords and has ignored requests from CARICOM leaders to resign from that position in order to merit consideration as a CARICOM nominee,” Opposition Leader Lennox Linton argued.

“Her candidacy, though in the name of Dominica, has no local or regional financial support. It is sponsored wholly and solely by the following European interests as disclosed in her British parliamentary data sheet.”

Linton contended that “barring any earth-shattering, previously undisclosed revelations” from Skerrit about whey he was adamant that Scotland go forward as the nominee, Dominicans must ‘demand that he falls in line without further delay”.

Apart from Scotland and Sir Ronald, Mmasekgoa Masire-Mwamba of Botswana, a former deputy secretary general for political affairs of the Commonwealth, has been put forward as nominees for a successor to Kamalesh Sharma of India.