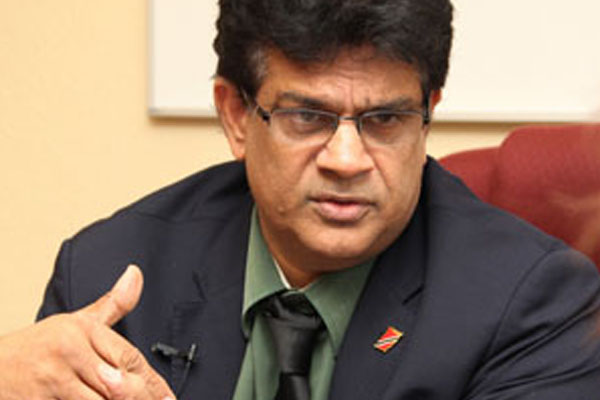 Port of Spain, Trinidad (Trinidad Express) — If you don’t like the job, then you can leave.

This was the advice Health Minister Dr Fuad Khan gave yesterday to healthcare workers in the public service who have been complaining about poor terms and conditions of work. Khan said he felt “very pained about what is happening in the health sector”.

Khan spoke on TV6’s Morning Edition programme where he discussed some of the ills of the health sector and announced he intended to implement with immediate effect new rules and regulations aimed at improving patient care.

When asked by host Fazeer Mohammed if problems of under-staffing and lack of proper training had led to problems with patient care, Khan said: “You can’t be tired or frustrated from the time you enter to when you leave. That is your attitude. If you don’t like it then why don’t you leave. There are a lot of people who want to come in as caregivers. If you find you are not happy as a caregiver go elsewhere and look for it. But if your job is hospitality and treating patients who come in there, who are sick, with families who are worried, you have to do it properly”.

“In the recent one, no one from the SWRHA contacted them to express condolences. No one. That is wrong. They need to do that. The minister of health cannot go home by everybody and express condolences but SWRHA can go and be humane with them,” he said.

“I have to formulate a system and a plan if the system is not working which was there for 20 or 30 years. Yesterday (Tuesday) in the Senate everybody is saying that the RHA system has failed. I have to find something in the interim to fix patients’ safety. That is my job to make sure when you walk into a health institution you are treated like a human being because you are sick, your relatives are treated properly and you end up in a proper place.”

Khan said the Regional Health Authority system was supposed to address issues regarding the professionalism of the health care worker through appraisals and contracts, but the system has failed.

“Rather than have a public service type of system, this is where they have appraisals and you can get a new contract at the end of the old one. The RHA system has collapsed, because everyone is being made permanent. At the end of the three or four years you are now called a permanent employee to continue your permanent behaviour,” he said.

He said in offending situations, doctors could be suspended, but nurses could not since they were protected by unions.

Khan said he would authorise the use of cameras being used by patients or a patients’ relative to capture footage of the patient care meted out to them by health care individuals.

“The only way I can find out if the patients are getting good or bad treatment is if I keep professionals on their toes. Even as far as the security guards, the medical records clerk. I am allowing the patient’s relative to be alongside them and, they might not like this one, also utilise your video camera on your phone if there is something adverse and we are going to cite where you can put it on, and we are going to check”, said Khan.

Yesterday Khan held a press conference at which he outlined 13 new regulations at health institutions which are to take effect from tomorrow. These regulations included: allowing a relative to stay with a hospitalised child or elderly patient on a 24-hour basis, extended visitation hours, and the ability to submit a report with supporting evidence of an offending situation where someone under the care of a public health institution or their representative is unfairly or poorly treated.