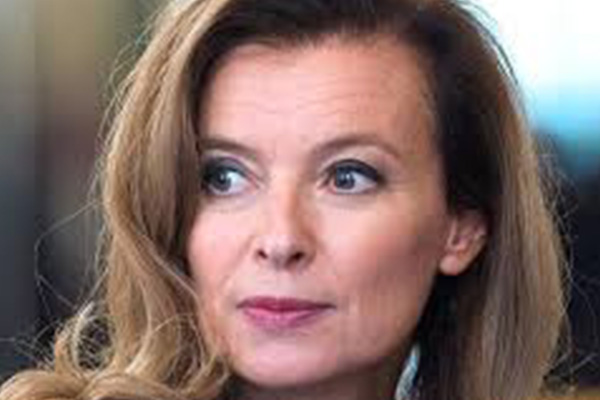 (CNN) — With the world’s eyes on her after a media frenzy over her former partner’s alleged affair, France’s former first lady, Valerie Trierweiler, said Monday she was doing fine and told people not to worry about her.

The former partner of French President Francois Hollande made her first public appearance two days after bidding farewell to the Elysee presidential palace, following global headlines about Hollande’s alleged affair with an actress.

Smiling and dressed in a salmon pink top, Trierweiler addressed reporters during a trip to Mumbai, India, where she is lending her support to an anti-hunger charity.

“I feel good, I feel very happy to be here,” she told a news conference intended to highlight the work of the Action Against Hunger charity in India.

“Do not worry about me.”

Trierweiler left Paris discreetly on Sunday. On arrival in Mumbai she was greeted by a media scrum, which followed her as she visited a hospital and met patients in a campaign against child malnutrition. The trip had been planned months ago.

During the news conference, Trierweiler described the emotion she felt holding a young child.

“I will continue to fight against (child malnutrition). This trip has been in the works for months. I would not have missed this engagement for anything,” she said.