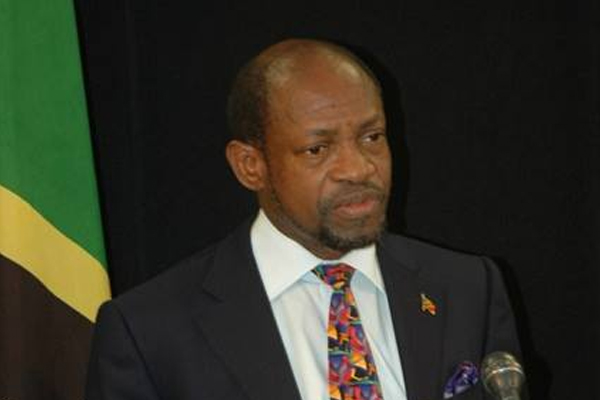 Dr. Douglas says persons are trying to Create Instability in the Country

(ZIZ News) — The Country’s leader, the Rt. Hon. Dr. Denzil Douglas has accused certain local figures of trying to create instability by seeking to have foreign authorities deny nationals the right to travel to the United Kingdom without a visa.

“There are some people in this country who are bent on creating instability and uncertainty. There are people who have written, members of the opposition have written to the European Commission asking them to possibly pull, pull from us the agreement that we have signed that allows our citizens to visit Europe without having a visa. Would you believe that?” Dr. Douglas asked.

He also said those acts are being perpetrated by members of the opposition.

“Citizens of this country in their quest and lust for power are prepared to bring about suffering and difficulties and hardships on the citizens of this country, those who are born here and those who are economic citizens, asking the European Union to do something about the free travel that we have into their countries based on our citizenship programme for the sole purpose of creating difficulties, uncertainty and thus, maybe having our people angry and vote against the government. That is absolute nonsense,” he stated as he called on members of the community to remain focused and not allow detractors to change their focus.

“I want to say to our people, we are doing the right thing. Do not allow yourselves to become hostile neither to your fellow citizens nor to the visitors who come to our shores. I want our people to recognise that the world recognises that we are moving forward and upward. I want us to maintain our number one position that we have achieved in so many different areas of our development. I want us to maintain that oneness in our relationship between St. Kitts and Nevis. I believe that the time has come for our country to really demonstrate that we are one,” Dr. Douglas said.

Dr. Douglas’ comments came during his most recent press conference.