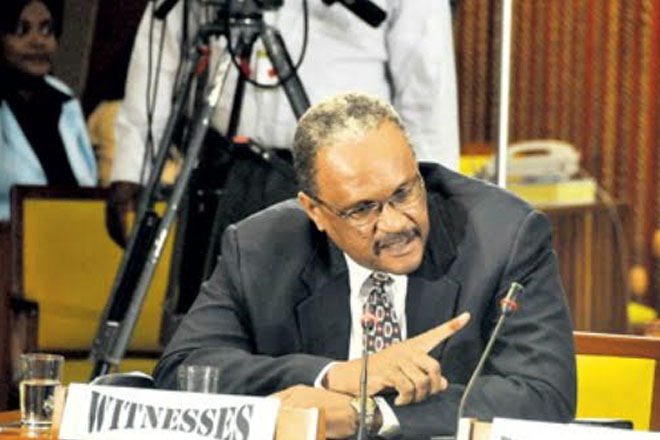 ‘Dudus’ was a threat to national security – JDF ex-boss

Kingston, Jamaica — Major General Stewart Saunders, former chief of defence staff of the Jamaica Defence Force (JDF), on Tuesday testified that Christopher ‘Dudus’ Coke was a threat to national security and that he had been under surveillance since 2009.

Saunders said that Coke was involved in local and trans-national illicit activities, and that it was public knowledge.

“Did you on August 24, 2009 make the assessment that Coke is a threat to national security in 2009?” attorney-at-law Michael Williams, who is representing the Tivoli Committee, asked.

“Based upon his antecedent, yes,” Saunders replied.

Meanwhile, the former head of the JDF testified that the May 2010 operation was a success.

“Despite the massive loss of life, you would say the operation was successful?” Williams asked.

“Yes it was a successful operation,” Saunders maintained.

Commission Chairman David Simmons uttered that the operation was successful, but the patient died.

The former JDF chief also testified that the JDF, through its resources and information being received, along with the police, apprehended Coke on his way to the United States Embassy on June 22, 2010.

Approximately 74 civilians and one member of the Jamaica Defence Force were killed in the operations that were aimed at arresting Coke.