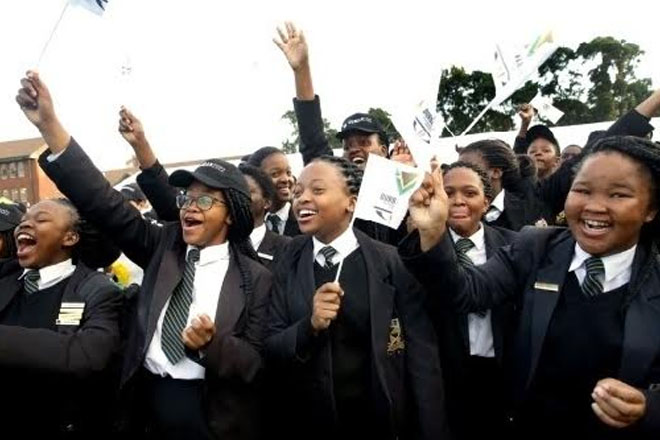 Auckland, New Zealand (AFP) — Durban was officially named as host of the 2022 Commonwealth Games on Wednesday, making it the first African city ever to stage the sporting spectacular, sparking big celebrations.

South Africa’s third largest city was the only candidate for the 2022 hosting rights after Canada’s Edmonton withdrew in February, citing cost concerns.

“I’m excited, the city is excited!” Durban 2022 bid chairman Mark Alexander said from Auckland, where the official announcement was made at the 71-nation Commonwealth Games Federation’s (CGF) general assembly.

Newly elected CGF president Louise Martin, who led a commission that backed Durban’s bid after examining it in fine detail, expressed delight the Games would finally be held in Africa after 85 years.

“A historic decision for all of us and one that my commission completely endorses,” she said.

Organisers, campaigning under the slogan “Ready to Inspire”, said 90 percent of the facilities were already in place, with most of them within two kilometres (1.2 miles) of the city centre.

They have described the event as a “game-changer” that is expected to boost tourism and jobs in the Indian Ocean city of more than three million people.

The four-yearly, multi-sport event was first staged in 1930, when it was known as the British Empire Games.

Britain has hosted six editions, Australia and Canada four apiece, New Zealand three, and Jamaica, Malaysia and India one each.

Africa has always missed out but sports officials have been buoyed by South Africa’s successful hosting of the world’s three biggest single-sport events, the football, cricket and rugby union World Cups.

Asked if the Durban Games could be a precursor to an Olympic bid, South African officials in Auckland said “we’re ready” to host the world biggest sporting event but would concentrate for the next seven years on making 2022 a success.

“We are very confident that in years to come we will bid (for the Olympics),” South African Olympic chief Gideon Sam told reporters.

South African’s government said last week that the Durban Games would use infrastructure from the 2010 football World Cup, including the 85,000-seat Moses Mabhida Stadium, to keep costs down.

The Games will open on July 18, 2022, a national holiday marking the birthday of South African icon Nelson Mandela, who died in 2013 aged 95. The Games will run for 12 days.

They will be a watershed not only for South African sport but also for the Games themselves, after CGF delegates voted to overhaul an event critics say has been sliding into irrelevancy.

An ambitious plan, called “Transformation 2022” involves increasing the number of compulsory sports from 10 to 16 and setting a maximum quota of 4,500 athletes.

The idea is to give greater stability to the Games programme to attract more host city bids.

Martin, who earlier Wednesday ousted Malaysia’s Prince Tunku Imran to become the CGF’s first woman president, has been a strong advocate for change.

The Briton, who was involved in the widely praised Glasgow Commonwealth Games last year, told the assembly she wanted to increase corporate sponsorship and restore the event’s prestige.

“I want to make sure the best athletes in the Commonwealth make the Games the cornerstone of their calendars,” she said.