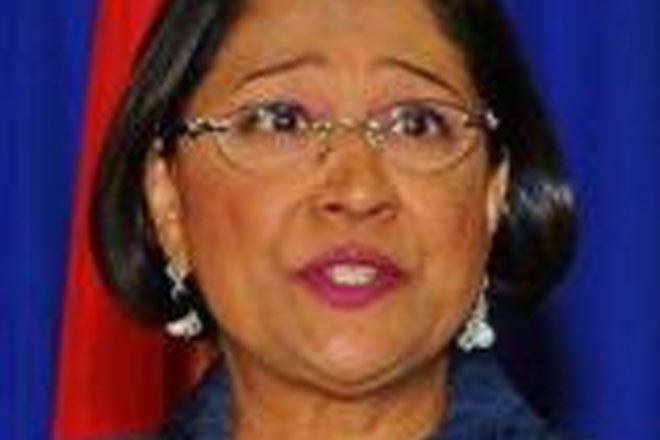 Port of Spain, Trinidad — Trinidad and Tobago Prime Minister Kamla Persad-Bissessar on Monday emphasised that she has a duty to clear her government’s name with regard to fabricated emails that opposition leader Dr Keith Rowley presented to Parliament in May 2013.

“I have a duty not just to myself, but to the members of our government and to the people of Trinidad and Tobago, to have the record cleared in the Parliament now that we have the evidence from independent sources.

“Given that Parliament dissolves in June, if we had not done this now, Mr Rowley’s reckless and false charges would have stayed on the Hansard record for the rest of our lifetime. Now we can move forward with our responsibility to improve the lives of the people of our nation.

“Mr Rowley was suspended because he fabricated documents with serious false charges and introduced them in Parliament. If Mr Rowley cannot be trusted to work with integrity in the Parliament, how can we trust him to run our country?” Persad-Bissessar said.

The prime minister also released a letter from a California law firm Computerlaw Group LLP, which confirmed that Google Inc had provided information requested by the Integrity Commission in relation to all emails exchanged between her and former attorney general Anand Ramlogan during the month of September 2012 and confirmed that “there has been no match for any of the emails contained in the document produced by the leader of the opposition, Dr Keith Rowley which prompted the Integrity Commission’s investigation.”

Computerlaw Group’s managing partner Jack Russo, who specializes in internet, computer law, and intellectual property litigation, also stated for the avoidance of doubt that none of the offending emails in that document were found to have been sent from or received by kamlapb1@gmail.com and anand@tstt.tt.net.