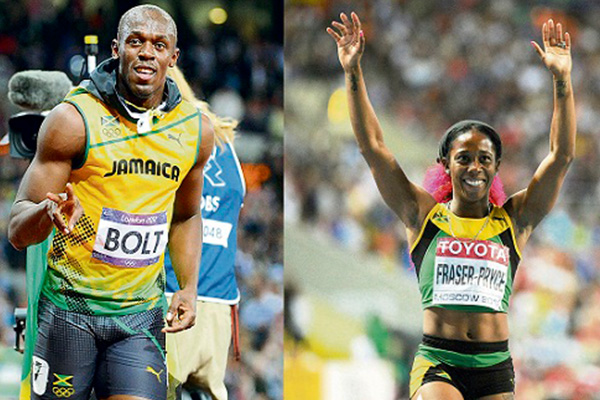 Dynamic Duo: Bolt and Shelley-Ann, RJR Sportsman and Sportswoman of the Year

KINGSTON, Jamaica — Usain Bolt and Shelley-Ann Fraser-Pryce were awarded the RJR Sportsman and Sportswoman of the Year titles Friday night at the 53rd staging of the event held at the Jamaica Pegasus hotel in Kingston.