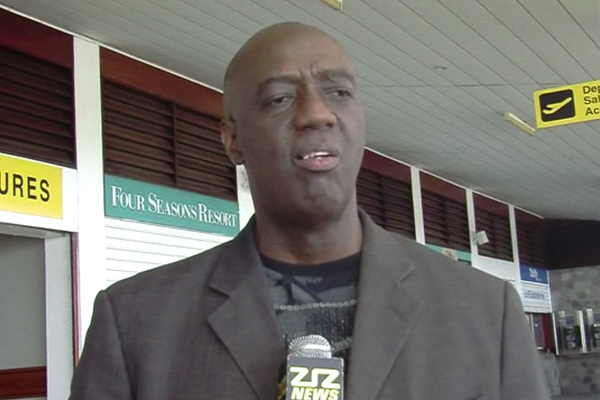 (ZIZ News) — As the expansion of the Police Force’s Closed Circuit TV Programme continues, the cameras are being fitted to operate using renewable energy.

Technicians are installing wind turbines and solar panels along the Frigate Bay Road to power the cameras.

Commissioner of Police Dr. Celvin Walwyn said the CCTV Project is the brainchild of Prime Minister The Right Hon Dr Denzil Douglas and Head of the Anti-Crime Unit, Her Excellency Astona Brown.

The new cameras will help address incidents that have been reported in the Frigate Bay area.

“We had some challenges in Frigate Bay over the last 12 to 15 months and as a result they sought to install cameras as a means of enhancing the security measures in place at Frigate Bay by using green energy, which is solar panels and wind,” he said.

Walwyn said the cameras can effectively monitor even if there is no light.

“They are infra-red at night so we can still see in the dark and they also have heat sensors so if people are hiding in bushes where the cameras are, we can see their body heat. These cameras also record license plate numbers so we can now check and see what car came by. We can also see what plate went by and in certain instances we can see who’s behind the steering wheel,” he said.

The Commissioner said the cameras are up and running and are being monitored at the Frigate Bay Police Station.

He added that plans are underway to extend the CCTV Project throughout St. Kitts.