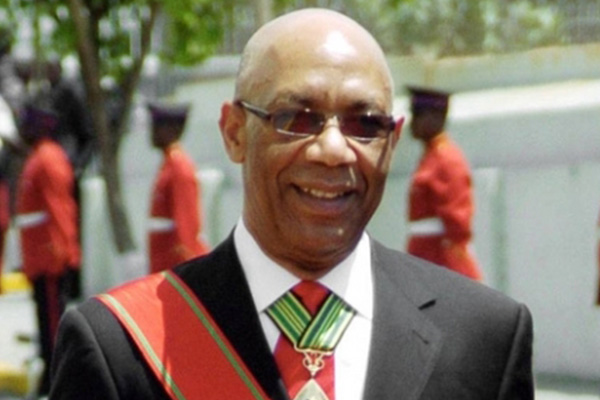 Economy stronger than a year ago – GG Throne Speech

Kingston, Jamaica  — Governor General Sir Patrick Allen in presenting his Throne speech in Gordon House Thursday, April 3, said that the Jamaican economy is stronger than it was one year ago, evidenced by three consecutive quarters of growth.

Sir Patrick said that despite the global economy remaining sluggish, the Government has stayed the course with its economic policies.

“Tough decisions had to be made. In doing so, the Government relied on the understanding, resilience and goodwill of the Jamaican people. Our people have shown an awareness of the prevailing economic conditions. They have demonstrated their willingness to make the sacrifices to get our economy on the right path,” he noted in his speech delivered under the theme ‘Going for Growth: Creating Opportunities’.

Sir Patrick added that despite the challenges, the Government is meeting obligations to its international partners, restructuring the economy, and improving the governance system for the benefit of Jamaicans.

In March 2014, the Government successfully met the third review of Jamaica’s economic performance under the Extended Fund Facility with the International Monetary Fund resulting in a further drawdown of US$71.4 million.

“To date, the Government has met all quantitative fiscal and monetary performance criteria under the programme,” the Governor General said.

“For many decades, Jamaica has borrowed too much and saved too little.  In order to build a resilient economy, we must reduce our debt to manageable levels.  As a country, we must begin to live within our means,” Sir Patrick added.