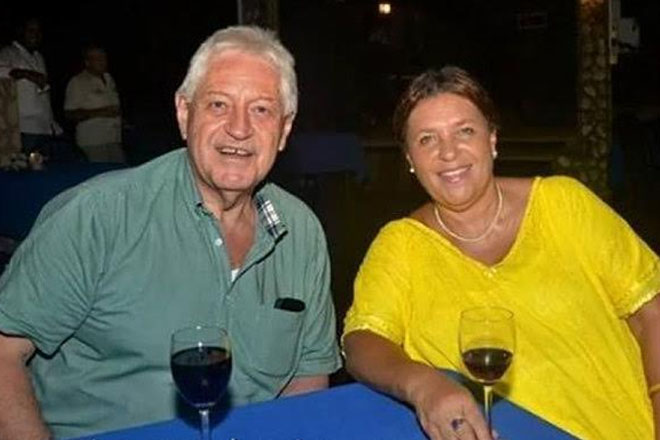 A British couple from Sheffield has been found hacked to death at their home on the Caribbean island of Tobago.

The bodies of Richard Wheeler, 73, and his wife Grace, 67, were discovered by their gardener at 11am on Tuesday morning. Mr Wheeler had suffered slash wounds to his head and arms while his wife’s throat had been cut. Police believed that the robbery was the motivefor the double murder.

The couple had lived in Tobago for 16 years where Mr Wheeler worked as a lawyer and was a member of the local chamber of commerce. Mrs Wheeler worked for an estate agency.

They appeared to have suffered a merciless attack inside their home in the town of Carnbee. Mrs Wheeler was discovered outside their house in the garden – perhaps because she had tried to flee the assault. She was found lying face down on the lawn with her throat slashed.

The body of her husband, meanwhile, laid inside the house with severe wounds.

The living room and a bedroom appeared to have been ransacked, suggesting that simple theft was the motive for the intrusion. The Tobago Law Association paid tribute to the couple and offered condolences to the Wheeler family for their “tragic loss”.

A statement praised Mr Wheeler as a “distinguished member” of the legal profession, adding: “The association condemns this most vicious attack and calls for an immediate and thorough investigation into the double murder and calls upon the public to assist the police in providing the necessary information that will lead to the arrest and conviction of those responsible”.

Tobago is the smaller of the two main islands comprising the Republic of Trinidad and Tobago. The Commonwealth country gained independence from Britain in 1962. It suffered from a significant level of violent crime, often linked to drug smuggling.