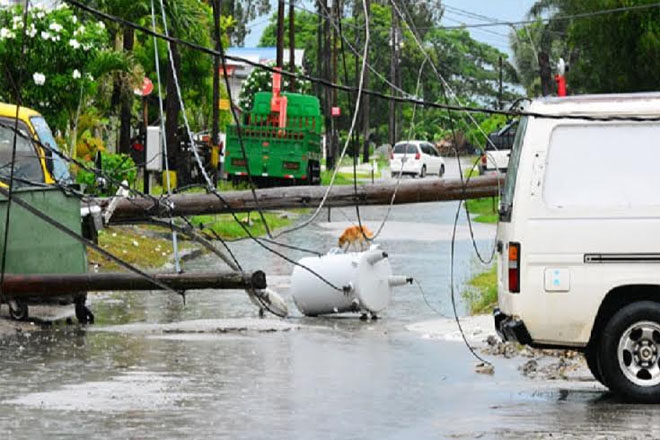 In addition to the damage to some houses, a transmission tower at television station HGP-TV Channel 16 collapsed.

Patrons of Splashmins Resort on the Soesdyke, Linden Highway told Kaieteur News that several people were hurt when some of the benabs fell on them.

One woman said her husband and two children, ages one and three, sustained minor injuries when the structure buckled.

In Parfait Harmonie, the roof of one house was ripped off and it slammed into another house, breaking the concrete spindles on the balcony.