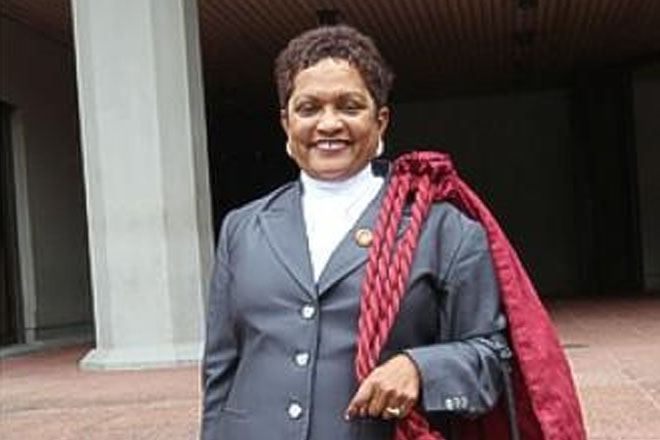 At a press conference, the lead investigator, deputy commissioner of police Glen Hackett, said the men would appear in court on Monday under tight security, which has already been put in place.

Five other men, including imams Yasin Abu Bakr and Hassan Ali, Keston Seales, Kendon Forde and Keston Modeste, were detained and questioned in connection with the matter but were subsequently released without charge.

Seetahal served as special prosecutor in Bakr’s trial for sedition in 2012. The trial ended in a hung jury and Seetahal was again due to lead the state’s case in his eventual retrial.

In 2010, Seetahal was appointed to supervise the sale of ten of Bakr’s properties to recoup almost $32 million in damages owed to the state for the failed 1990 coup, of which Bakr was the architect.

Hackett told reporters this was the most challenging case of his career.

“This case stands out as the most challenging case I’ve ever worked on. Apart from employing in the investigation new techniques we have been exposed to, what became our greatest challenge was coordinating and synchronising the technological aspect of this investigation. This new technology we had to employ… we had to seek help from international law enforcement agencies in putting together a coherent and cohesive technological case with respect to the charges laid against those persons,” he said.

According to police reports, shortly after midnight on May 4 last year, as she was driving home, Seetahal’s SUV was blocked by two vehicles, whose occupants exited and shot her.