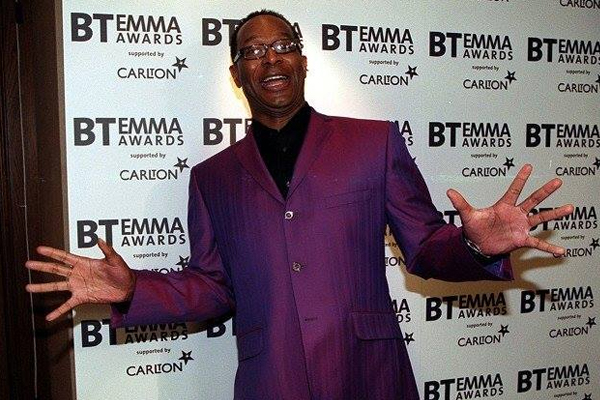 Basseterre, St. Kitts, (CUOPM) – The Kittitian-born comedian who rose to prominence in the flagship black comedy “the Real McCoy” has died in London from cancer.

Felix Dexter, who had suffered from myeloma, a type of bone marrow cancer, died at the age of 52 last Friday.

Dexter, who was also an actor, performed for a season with the Royal Shakespeare Company.

Fellow comedian Sean Hughes wrote on Twitter: “So so sad to hear about the truly wonderful Felix Dexter passing away. I hope you can feel the love in the comedy community fella. Rip.”

Once named Time Out comedian of the year, Dexter also featured in iconic BBC comedies The Fast Show and Absolutely Fabulous.

More recently, he played three of the main roles in BBC Two’s sketch show Bellamy’s People and is currently appearing in Citizen Khan.

His close friend, BBC Radio London presenter Eddie Nestor – who acted alongside Dexter for three years in The Real McCoy – told BBC Radio 5 Live: “It’s a sad day. It’s a really sad day. I went to see him and we talked and we laughed, and we laughed really hard.

“This is somebody who’s been diagnosed with a terminal illness and you find yourself laughing really hard, belly laughs.”

He added: “We’ve lost a talented, intelligent, articulate performer who could touch – who could reach out.”

Whitehouse told BBC Radio 5 live he was privileged to be close to the comedian and actor.

“He was a very modest, a very private man,” he said.

“It was an honour to be close to him. He stuck in people’s minds, Felix. There’s been such an outpouring of warmth and affection for him.”

Before entering comedy, Dexter studied law – something he said helped him deal with hecklers.

He named Billy Connolly and the late American comics Richard Pryor and Bill Hicks among his influences, and remained on the stand-up circuit throughout his career.

Later he featured in long-running staples Have I Got News For You and Grumpy Old Men, as well as the influential Knowing Me Knowing You with Alan Partridge.

As an actor, he had parts in Casualty and the Bill and appeared in the West End alongside Christian Slater.

Many persons expressed their thoughts on his passing:

“I knew Felix in the old days, when I was on the stand up circuit myself. He was very funny and friendly. I became an event producer and he was one of my headliners. He was one of the pioneers of black comedy – the Real McCoy should be re-shown as a tribute to his work. He will be truly missed,” said Avril Nanton, Enfield, Middlesex.

“When The Real McCoy was aired on our TVs, Felix Dexter, in my opinion, was the one comedian that stood out. I could not wait to see his contribution to the show. He played a variety of roles that had you in stitches. I will truly miss him, he was an icon,” wrote Gary of London.

“I used to look forward to Felix Dexter on Down the Line, he was was my favourite voices on that show and I always wanted to hear as much as possible of him,” recalled Matthew of Colchester.

“I met him a few times when I worked in Covent Garden. He was an aspiring performer then. He was unaffected, graceful and certainly articulate. He had no edge to him and was easy to talk to and laugh with. We saw many “stars” in the store and they should have taken a leaf out of his book. This was over 25 years ago so he must have done something right,” wrote Sergio Pani from London.

Diane Thompson, also of London, wrote: “I was very fortunate to have Felix appear in two of my shows. He was a real gentleman and so funny! Felix was brilliant at including the audience in his routine. He really will be missed in the world of comedy!”

Alan Griffiths of Forest Gate, London, wrote: “I met Felix Dexter a few times at UCL, where I studied from 1971 to 1974. I remember him as an astute observer of characters and mannerisms. I wasn’t surprised at many of the things he did in sketches on television, that was the man I remembered him.”

“We have truly lost one of the UK’s greatest comedic talents. He was, and will always remain a staple diet of fun and laughter amongst my family and children, who loved and followed everything he did. A truly lovely man, he will be sorely be missed, but was greatly loved and will always be remembered with a smile and wonderful memories,” said Pauline Miller of the UK.

“He had a nobility about him, very funny man, I saw him in the hospital and still he had time to joke with me, a quiet man with dignity. As good a character comic as any,” said Simon Day of London

“My daughter and I laughed and laughed at Felix’s Julius Olefemwe character in the TV version of Bellamy’s People.”Calm down” was so funny as were his other appearances as “posh husband with silly wife”. We thought he was a very funny actor and comedian. Such a loss and so sad,” said Patti, Tewkesbury, Gloucestershire.

Kay Wooton of Leamington Spa recalled meeting Felix in 1987 when she worked with his Mum Doreen, when he was working the circuits before he became well known. “He was a lovely, kind and very funny person. I kept in contact with him and his mum after I left the job and he always remembered me and got me tickets to see him when he performed. He was a brilliant actor in the RSC productions and in One Flew Over the Cuckoo’s Nest. He had no airs or graces and would always meet with me for a drink afterwards.”