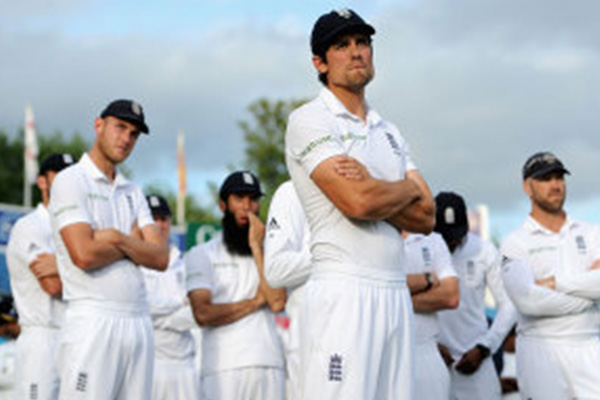 England slipped to fifth place in the ICC Test rankings after their 0-1 loss at home to Sri Lanka. A new-look side hinted at recovery from a terrible winter, but failed to wrap up the first Test at Lord’s. They could not convert an even stronger position at Headingley as Angelo Mathews and his bowlers led Sri Lanka to their first series win in England, which lifted them up one place to sixth.

Pakistan have benefitted from England’s slide, moving up to third spot though they haven’t played a Test since January. Australia continue to lead the rankings.

Mathews, who scored two centuries in the series, is 24 points short of breaking into the top 10 batsmen. He is 11th with 761 points, chasing Virat Kohli. Kumar Sangakkara, who averaged 85.5 in the two matches, holds the No. 2 position with 896 points. Rangana Herath was resolute with the bat when it was most required and his bowling was more than handy, but his eight wickets in the series pushed him down one position to eighth. James Anderson, moving up three places to No. 10, is the other representative among the top-ten bowlers from the series.

Ian Bell, who completed 100 Tests at Headingley, is the top-ranked current English batsman with 657 points, although Kevin Pietersen is still ahead at 661. Alastair Cook is 22nd and Joe Root, who hit his maiden double ton at Lord’s, is 24th. Moeen Ali, Sam Robson and Gary Ballance claimed their maiden centuries during the tour and have broken into the top 100.