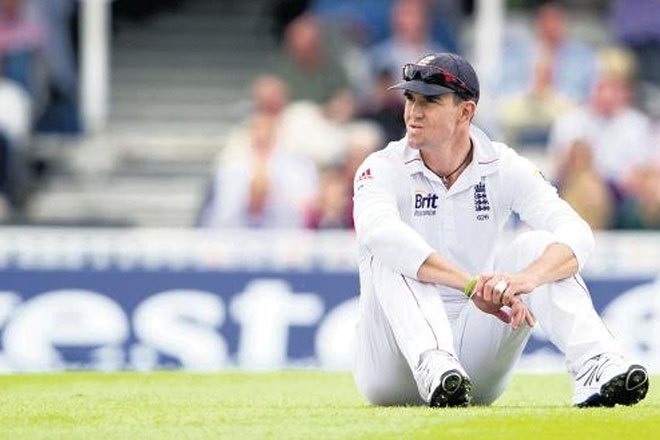 London, England (CMC) — West Indies Superstar Chris Gayle has added his voice to debate on the controversial English batsman Kevin Pietersen saying he should be representing England in all formats of cricket.

Pietersen was sacked by the England and Wales Cricket Board after last year’s whitewash Ashes defeat in Australia.

The record-breaking batsman was hoping for a recall to the England side after apparent pre-season encouragement from new ECB chairman Colin Graves.

But even after his maiden triple-century for Surrey on Monday, he was informed within hours by England director of cricket Andrew Strauss that there is no imminent prospect of him playing for England again.

“He should be playing for England, there are no two ways about it,” said Gayle.

“They (the ECB) must have their reasons, but we would love to see your best player in action, out in the middle, entertaining. It doesn’t matter what format — Test, 50-over, Twenty20 – he’s a class player.”

Strauss was Pietersen’s Test captain in 2012, when he discovered the batsman had sent “provocative” texts about him to opposition players from their native South Africa.

Strauss has confirmed that Pietersen is “not part of our plans” for the Ashes summer citing a “massive trust issue” between himself and the 34-year-old cricketer.

Pietersen will play for the St Lucia Zouks in the Caribbean Premier League due to start later this month.

“One of the best players England has ever produced. But it’s your loss. KP is looking forward to the CPL. England don’t want him? We will take him,” said Gayle who took his tally in three NatWest T20 Blast innings to 328 as Somerset defeated Hampshire by eight wickets last Friday.

“He (Pietersen) will entertain the fans. We will make some sales off him, sell some tickets. It should be fantastic. The CPL is going to be one big party.”