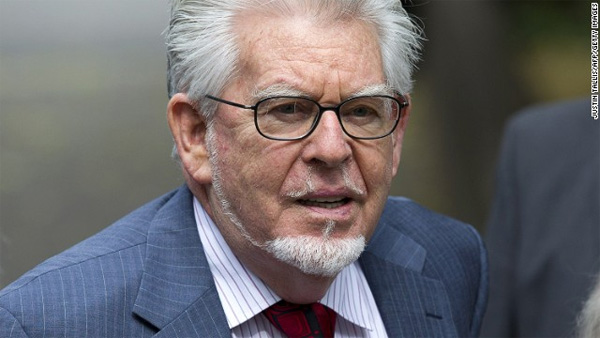 London (CNN) — Children’s entertainer Rolf Harris was sentenced Friday to five years and nine months in prison for a string of indecent assaults against women and girls.

The 84-year-old was found guilty Monday in a London court of 12 charges of sexually abusing women and girls.

The offenses that Harris committed against four women took place as far back as 1970.

The Australian-born musician and artist, who painted a portrait of Queen Elizabeth II for the British monarch’s 80th birthday in 2006, had been charged under Operation Yewtree, which is investigating allegations of decades of abuse by public figures, including the late TV entertainer Jimmy Savile.

Dozens more women who said they had been abused by Harris, including several in Australia, alerted police during the trial, Britain’s Press Association news agency said.

“You took advantage of the trust placed in you, because of your celebrity status, to commit the offenses,” he said.

“In every case the age gap between you and your victim was a very considerable one. You clearly got a thrill from committing the offenses whilst others were present or nearby. Whilst such others did not realize what you were doing, their presence added to the ordeal of your victims.”

The abuse “had a significant adverse effect” on the victims, he said, while Harris has shown no remorse at all for his crimes.

Harris will likely serve half his sentence in prison before being released on probation.

The brother of the entertainer’s youngest victim spoke of his sister’s ordeal in a statement read on his behalf outside court. He also thanked police for their efforts to bring Harris to justice.

“My sister has had only eight years of her life without this incident going round in her head, and that was her first eight,” he said.

“After these cameras have been dismantled and the media circus has rolled on to another town, it will still be with her as it will with the other girls.”

Speaking outside court after the sentencing, Detective Mick Orchard told reporters: “The court has today heard about the impact these crimes have had on those involved. Once again I would like to thank all the victims for their courage in coming forward.”

The Crown Prosecution Service’s Jenny Hopkins said after the verdict that Harris had “used his status and position as a world famous children’s entertainer to sexually assault young girls over a period spanning 18 years.”

She added that “each victim, unknown to the others, described a similar pattern of behavior — that of a man acting without fear of the consequences.”

Harris was once one of Britain’s best-loved children’s entertainers. He had a string of hits in the 1960s, including “Tie Me Kangaroo Down, Sport,” “Jake the Peg” and “Two Little Boys.” He had a decades-long television career at the BBC and received several honors, including the Order of the British Empire.