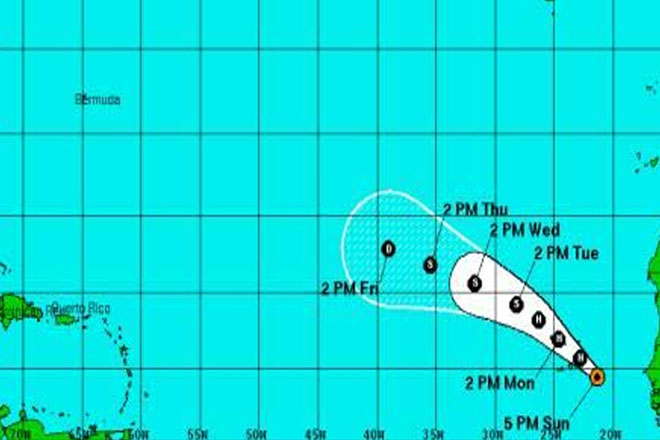 Miami, USA — Tropical Storm Erika dissipated early Sunday, as its remnants brought heavy rain to parts of eastern Cuba and heavy showers and thunderstorms to the northwest Caribbean. Meanwhile, Tropical Storm Fred formed just off the coast of West Africa and is forecast to become a hurricane before reaching the Cape Verde Islands on Monday.

On Thursday, Erika dumped some 15 inches of torrential rainfall on Dominica, causing widespread flooding and mudslides that killed at least 20 people on the island and left another 31 missing, as the system crossed the Eastern Caribbean.

In Haiti, one person died in a mudslide just north of Port-au-Prince, and at least four others were killed in a traffic accident that reportedly occurred in the rain. Four people died and another 11 were hospitalized in Leogane, just west of the Haitian capital, when a truck carrying a liquor known locally as clairin crashed into a bus and exploded.

Dominica Prime Minister Roosevelt Skerrit said in a televised address late Friday that damage inflicted by the storm set the island back 20 years.

“The extent of the devastation is monumental. It is far worse than expected,” he said, adding that hundreds of homes, bridges and roads have been destroyed. “We have, in essence, to rebuild Dominica.”

The island’s airports remained closed, and some communities remained isolated by flooding and landslides. On Sunday, the government announced the evacuation of all residents in the Petite Savanne community, which has been declared a special disaster area.

Skerrit asked people to share their resources with each other as foreign aid trickled in.

“This is a period of national tragedy,” he said. “Floods swamped villages, destroyed homes and wiped out roads. Some communities are no longer recognizable.”

Before dissipating, Erika knocked out power to more than 200,000 people in Puerto Rico and caused more than $16 million in damage to crops there, including plantains, bananas and coffee.