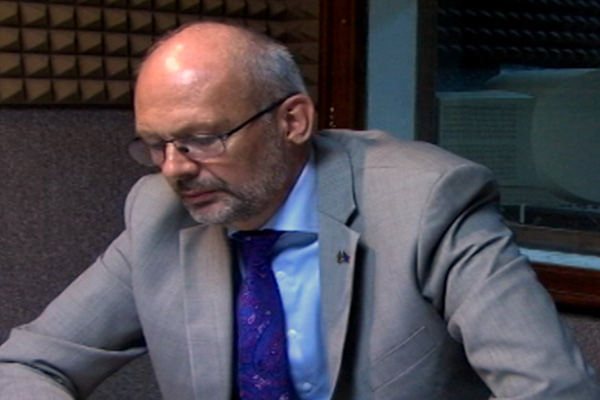 ZIZ News — The head of the department of the European Union, his Excellency Mikael Barford is here for the launch of an EU funded project to boost the local police force.

Yesterday marked a groundbreaking ceremony for a multipurpose training centre for security forces.  Barford has signed a ten million dollar agreement to fund the project.

During a guest appearance on “Ask the Prime Minister” on ZIZ radio, Barford said this centre will jumpstart an innovation in the local security forces.

The EU has been the largest donor of financial aid to St. Kitts that doesn’t need to be repaid.

And Barford said after meeting with the Ministry of Finance he’s pleased with how the funds are being used in various sectors.

Since 2007 the St. Kitts Nevis EU Cooperation Programme has been worth no less than 280 million EC dollars for sectors including social protection, private sector development, land management and human resource development & employment.