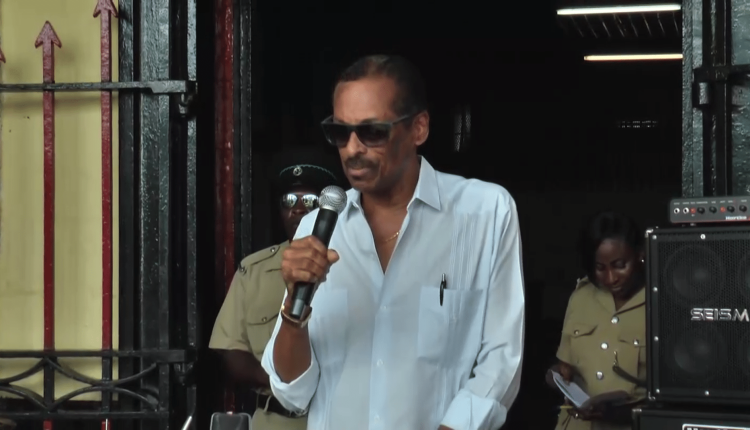 Basseterre, St. Kitts, October 18, 2019 (ZIZ News): On Thursday, local businessman Eustace Warner donated instruments to Her Majesty’s Prison for their rehabilitation through music and arts program in a ceremony on the prison grounds.

Among the instruments and equipment donated were amplifiers, wireless mics, a drum set and a portable audio recorder.

Commissioner of Corrections, Terrance James said that through rehabilitation the residents of Her Majesty’s prison can have a second chance at life when they are released.

Owner and manager of Warner’s One Stop, Mr. Eustace Warner explained why he decided to donate these instruments to the rehabilitation program.

“My visit to the music hall was very impressive and stuck a note that made me realize that there was musical talent here that has potential for development, I’m a lover of music and wherever I can assist, I try to do so.”