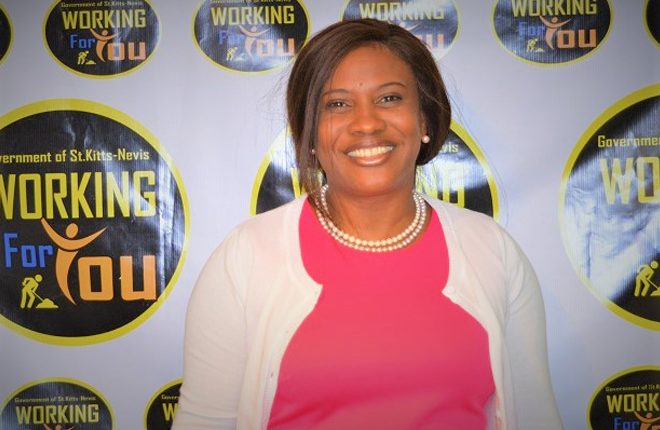 (SKNIS): Executive Director of the St. Christopher National Trust (SCNT), Ryllis Percival, invites the general public to visit the National Museum and view the exhibits that are rich in local history.

While appearing on the Government’s weekly programme, “Working For You”, Ms. Percival noted that the museum’s primary focus is to educate the public locally, regionally and internationally on the history of the Federation of St. Kitts and Nevis. She said that the museum has its fixed exhibits that are always available for viewing, as well as special exhibits that run temporarily.

“Since I’ve been there, we’ve been focused a lot on educating our citizens and visitors and we decided to do that through the exhibits that we put on,” she said.

Ms. Percival outlined some noteworthy exhibits that were put on by the museum including “Statehood”, which mapped out the journey of St. Kitts and Nevis from Associated Statehood to Independence, and “Inside Government House,” which gave an in-depth look at the purpose and operations of Government House.

She also said that the “Slave Registry Exhibit” was a high point for the museum as it brought a lot of inquiring minds to see the 1817 register of slaves. She further stated that the museum also has had an exhibit named the “Emancipation Journey”, which displayed the journey from 1834 to 1934, the first 100 years after Emancipation.

“Just recently we had the ‘How Music Feels Art Exhibit’ and right now we are running the Cleghorn Journals Exhibit,” said Ms. Percival, as she explained that the exhibit was done by Ralph Cleghorn, who was a specially appointed local magistrate from a mixed race family.

“I encourage persons to come and sit and read because it is so important for you to appreciate what happened then with the slaves,” she said.

She mentioned another special exhibit that will be coming on stream in October of this year, which will be on ‘Commerce in St. Kitts.’

Members of the SCNT gain free access to all museum exhibits, however, non-members, who are residents pay a fee of EC$5.00 and visitors pay US$5.00.

More homes being delivered to the people of St. Kitts and Nevis under a team unity…