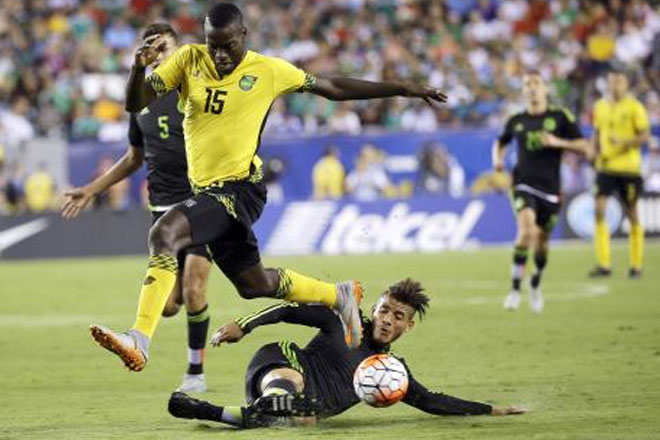 Mexico captured their seventh Gold Cup title with a 3-1 win over a Jamaica team playing in the final for the first time in the nation’s history.

Veteran coach and tactician Geoffrey Maxwell says that the team showed lack of a game plan. He said they just did not know what to do.

“I thought we approached the game in error by trying to run at the Mexicans. They (Mexico) stood deep and countered,” Maxwell told The Gleaner yesterday.

“I thought the coaching staff did not realize that Mexico had two important players on the field. We failed to mark those players and paid the price,” he said.

“We did not have a game plan,” he firmly pointed out.

Four days earlier, Jamaica beat the USA and advanced to the final with strikers Darren Mattocks and Giles Barnes scoring in a 2-1 semi-final win. However, in the final, Mattocks surprisingly started on the bench and came on and scored the consolation goal for Jamaica.

“I was surprised that Mattocks did not start. The Mexicans are mostly short players, and they don’t like players running at them. Mexico are more South American minded,” the former national player and coach claimed.

Now, with the Gold Cup behind, Maxwell says the team needed about three ball players in the World Cup qualifiers set to start next month.

“We can’t take this European style of play into the World Cup campaign. We have to look for about three more ball players who are capable of playing the transition game. We paid the price for not having a game plan,” Maxwell emphasized.

Clyde Jureidini, general manager of the Harbour View Football Club, says Jamaica started the game well but faded as it progressed, and the Mexicans took control and ran out easy winners.

“I thought we started well, but the Mexicans drove the intensity with short passes and getting more shots on target,” Jureidini said.

“We possessed slowly with unsure transitions, while Mexico stepped up with slick passing and intensity,” he added.

“It was an excellent fillip for the team as the first Caribbean team to reach the Gold Cup final. That set a good stage for us moving forward,” Jureidini noted.

However, he thought the team needed to improve in their transition.

“We have to improve our transition and team work to get into the World Cup in Russia in 2018,” he added.