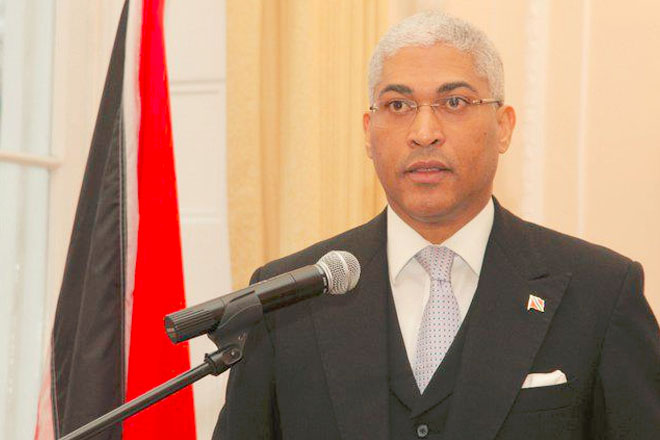 Port of Spain, Trinidad — The attorney general of Trinidad and Tobago, Senator Garvin Nicholas, has emphasised that the extradition proceedings currently underway against member of parliament Jack Warner following his indictment in the US on multiple racketeering, corruption and money laundering charges is a matter emanating from the US and has no relation whatsoever to the internal politics in Trinidad and Tobago.

He urged all parties involved and the public to respect the system and institutions involved and allow justice to take its due course.

“There have been many statements made in the public arena following the arrest of Mr Jack Warner on 27 May 2015. This is of course expected due to the effect this matter has had worldwide and Mr Warner’s public standing in Trinidad and Tobago. However, many erroneous and misleading statements have been made and I wish to clarify these issues so that the public can better understand what is currently taking place,” Nicholas said.

He pointed out that there have been numerous extradition matters in Trinidad and Tobago that may have gone unnoticed due to the lack of publicity given to them. It is by no means a rare occurrence and each matter has been treated in the same manner. There are specific procedures that must be followed in accordance with Trinidad and Tobago’s treaty obligations.

In Warner’s matter, a request was received from the US Department of Justice at 7:30 am on 27 May 2015 for a provisional arrest warrant for the purposes of extradition. The Central Authority followed the usual process and contacted the Trinidad and Tobago Police Service (TTPS) to advise them of the existence of the request for the provisional arrest warrant and the accompanying information. The TTPS was charged with the responsibility of appearing before the Chief Magistrate to obtain the warrant, which was obtained at approximately 12:45 pm.

Warner presented himself to the Fraud Squad a few minutes before 3 pm and the warrant was executed on him a few minutes after 3 pm. Warner was then taken before the chief magistrate half an hour later.

“Mr Warner is a well-known person in our society and a member of parliament and as such I instructed the attorneys acting for the state that bail should not be opposed but that special conditions be attached. Mr Warner was granted bail in the sum of $2.5 million but unfortunately was unable to secure bail, which led to his detention in prison overnight. Mr Warner was released the next day when he was able to produce the requisite documents for bail,” Nicholas explained.

“I wish to state that it is not within my power to sign a provisional arrest warrant or any such document. Although I reviewed the evidence, it is not within my jurisdiction to adjudicate over such. This power is given solely to the court and accordingly the magistrate was fully apprised of the evidence supporting the application for the provisional arrest warrant and this is what she would have acted upon,” he said.

Meanwhile, according to Swiss authorities, seven of Warner’s co-defendants, who were arrested in Zurich, Switzerland, last Wednesday, are unlikely to get bail, though some of the older members of the group arrested this week have requested their release on health grounds.

“It’s a rude awakening,” said Folco Galli, spokesman for the Swiss Federal Office of Justice (FOJ) in Bern. “They have no privileges and they won’t be allowed to get takeout deliveries from the hotel.”

According to Galli, release on bail pending extradition is possible, but very rare.

“The law says that the person has to stay in detention for the duration of the extradition procedure,” he said. “If we let someone out, and they make a run for it, then Switzerland risks breaching its treaty obligations.”

The United State has 40 days up to July 3, in which to submit formal extradition requests.

Further to three US requests for legal assistance, the FOJ has also ordered the blocking of accounts at several banks in Switzerland through which bribes are claimed to have flowed as well as the seizure of related bank documents.

Proceedings are also under way on two separate fronts regarding alleged irregularities in connection with the awarding of media, marketing and sponsorship rights for soccer tournaments in the United States and Latin America, as well as the selection of Russia as the host country for the 2018 World Cup and Qatar as the host country for 2022.

According to the 166-page indictment in United States vs. Jeffrey Webb, et al, the FIFA case, in which many senior FIFA officials, and others, are charged with multiple counts of racketeering, money laundering and wire fraud involving $150 million, only one bank, of the more than twenty specifically identified in the charges, refused to complete wire transfers of large sums for the defendants.

The banks listed in the indictment are:

None of the above banks have been charged with any crime, or regulatory violation.