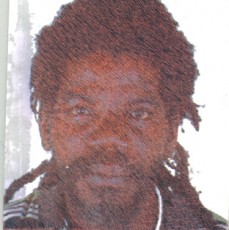 ST JOHN’S, Antigua – A sister is seeking answers from local authorities and their counterparts in St Maarten about the reported drowning of her brother, Vincent George, a fisherman for more than 20 years, who is said to have met his death when a boat on which he was a passenger capsized on December 10.

Claudia Joseph said she last saw her sibling on December 8, 2013, at which time he told her he was sailing, the next day, with a group to St Maarten.

But news came on December 21, 2013, informing Joseph that her 48-year-old brother had died at sea.

“A fisherman I know came to my shop minutes to 12 on December 21 and told me my brother didn’t make it when the boat overturned on December 10. But what I don’t understand is why wait until December 21 to say something to his family if he drowned on December 10. Nobody made a report to police in Antigua nor in St Maarten and our family is worried,” Joseph said.

The woman made an appeal to the public here and in St Maarten to help the family and the police piece together the case.

The woman does not know the names of the people her brother travelled with or the name of the vessel.

She said she reported the disappearance to police, who are probing the report of the drowning.