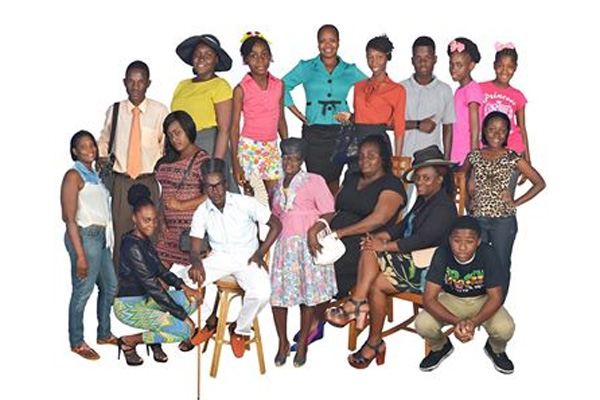 Basseterre, St. Kitts– A fusion of talent from the Faith in Emmanuel Seventh-day Adventist Church created a musical and theatrical offering named Family Woes. The new generation of local performers treated fans of musical theatre to a captivating family-focused play that took place at the Eastern Caribbean Central Bank on Sunday, July 7, 2014.

The two-hour musical, written by 21 year old Nevilla Francis Isaac, seamlessly interwove the lives of four families who confronted and tackled painful issues of rape, teenage pregnancy, financial instability, unemployment, identity and unforgiveness. The audience followed the lives of the Davis’ (a nuclear family, with financial difficulties, that was mired in bickering), the Henry’s (a single parent family who struggled to make ends meet), the Simmonds’ (a single parent family challenged with delinquent son), and James’ (an extended family that battled a dark secret of betrayal) and witnessed the likeable characters arriving at solutions that addressed the dysfunction within their families. The hard hitting storyline was perfectly blended with popular musical pieces by Jessica Reedy – ‘Better’, A Great Big World – ‘Say Something’, James Fortune – ‘I trust you’, and Micah Stamply – ‘The Corinthian Song’.

The synergy amongst the characters, the natural flow of conversation and the expert use of theatrical props were highlights of the evening. Without being preachy, the theme of God’s sufficiency for families in crisis was the underlying current that flowed throughout every scene of the play.

The young playwright, Ms. Isaac, shared that her writing efforts were inspired by scenarios that she has observed.

Ms. Isaac indicated that she was pleased with the overall execution of the production and will continue to use the theatre to explore “unvoiced” societal issues and promote social change.