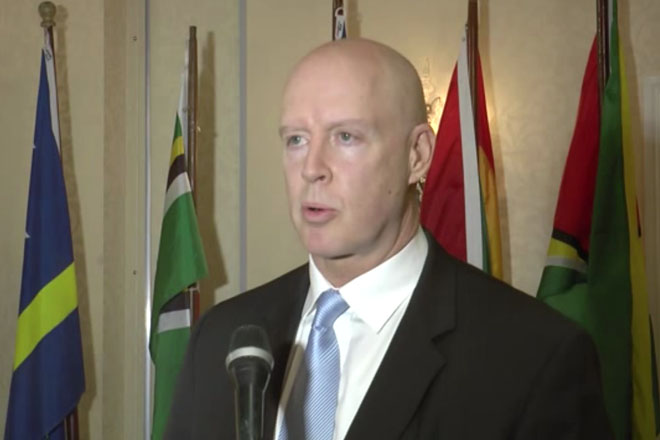 FBI Invested in the Caribbean

(ZIZ News) – A senior official of the Federal Bureau of Investigation (FBI) said the organisation is heavily invested in the Caribbean and its crime fighting efforts.

He said, “Our international presence overseas is invaluable. Our partnerships overseas are invaluable. And the only way we can combat organised crime or terrorism, cyber-crime is to have this constant flow information.”

He also noted that working with regional police has led to hundreds of arrests in the Caribbean drug trade.

“In the past year, there have been, through our joint efforts of our entire law enforcement community, there have been 1800 arrests of trans-national criminal elements, there have been 300 leaders that have been arrested, 100 disruptions and dismantlement, 943 metric tonnes have been seized and 241 kilos of heroin,” Werrenger revealed.

He encouraged police officials in the Caribbean to contact the FBI agents responsible for the region to establish lines of communication.