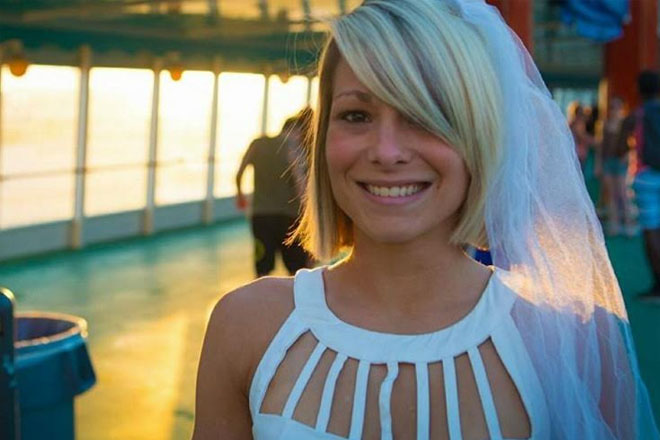 (Caribbean360) The FBI said on Monday that it is investigating the case of a young woman who fell into the ocean near Cuba from a ship operated by Norwegian Cruise Lines.

The 24-year-old woman “was observed intentionally going overboard from a stateroom balcony” about 7 pm, when the ship was about 22 nautical miles off Cuba’s north coast, according to a statement from cruise line officials.

The Miami Sun Sentinel reports that Sommer was aboard for the Mad Decent Boat Party, billed as a four-day party of electronic dance music that would take place as the chartered, 965-foot liner sailed from Miami to Cozumel, Mexico, and back.

Sommer is the second passenger reported to have gone overboard from a cruise ship within a week. On November 6, Bernardo Elbaz, 31, fell from Royal Caribbean’s Oasis of the Seas near the Turks and Caicos Islands.

Elbaz was not found, despite an intensive search by the US Coast Guard.

Earlier this year, the fortuitous rescue of an Oasis of the Seas passenger by the crew of a passing Disney cruise ship off the coast of Mexico generated buzz on cruise-focused social media.

In the search for Sommer, Norwegian Cruise Line officials said in a statement that the ship’s crew “immediately initiated rescue measures, including deploying three rescue boats and notifying the Coast Guard and other relevant authorities.”

The US Coast Guard called in the cutter Alligator and a C-130 aircraft from Air Station Clearwater to search more than 1,300 square nautical miles before suspending the hunt on Saturday, officials said.

According to Florida media, Sommer is the mother of a 6-year-old daughter, Rylee.

Sommer fell from a height of about 24 meters (80 feet), the Coast Guard said.

The Norwegian Pearl sailed from Miami on November 11 and was scheduled to reach Cozumel, Mexico, four days later, but instead returned to Florida.

According to Mad Decent Boat Party’s Facebook page, those on the cruise would have visited Cozumel and “the Playa Mia Grand Beach & Water Park for an exclusive party that includes lunch on us, an open bar, admission into their water park, and shows from some of your favourite artists.”

Among those scheduled to perform were award-winning artists Skrillex and Major Lazer.

“We are deeply saddened by the news that one of our guests on our current cruise went overboard on [Thursday]” organizers said in a statement on Friday.

The promoter of Mad Decent Boat Party is Sixthman, an Atlanta-based company that has been creating music festivals since 2001, according to its website.

Special Agent Michael Leverock with the FBI’s office in Miami confirmed the bureau’s probe, but gave no further details of the investigation.