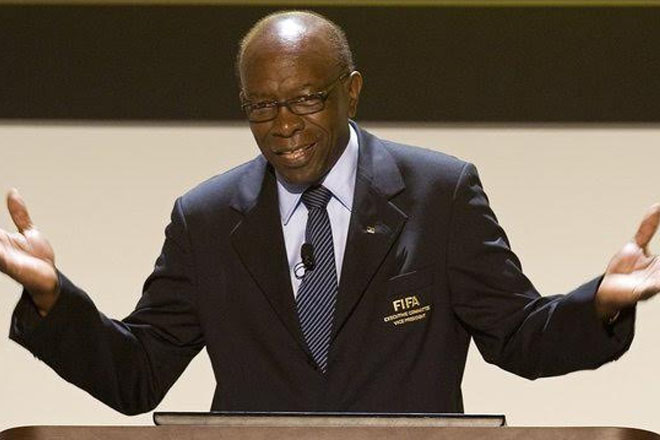 Port of Spain, Trinidad — Football’s world governing body has banned its allegedly corrupt former vice president Jack Warner from taking part of any national or international activity in the sport. But the former football executive has indicated he is not the least bit bothered.

Although Warner is yet to face the 29 counts of racketeering, wire fraud, money laundering, bribery lodged against him in the United States court, FIFA said it had taken the decision to ban the Trinidadian on the basis of investigations carried out by the investigatory chamber of the Ethics Committee following its report on the inquiry into the 2018/2022 FIFA World Cup bidding process.

“Mr Warner was found to have committed many and various acts of misconduct continuously and repeatedly during his time as an official in different high-ranking and influential positions at FIFA and CONCACAF,” FIFA said in a statement on its website yesterday.

“In his positions as a football official, he was a key player in schemes involving the offer, acceptance, and receipt of undisclosed and illegal payments, as well as other money-making schemes. He was found guilty of violations of art. 13 (General rules of conduct), art. 15 (Loyalty), art. 18 (Duty of disclosure, cooperation and reporting), art. 19 (Conflicts of interest), art. 20 (Offering and accepting gifts and other benefits) and art. 41 (Obligation of the parties to collaborate) of the FIFA Code of Ethics.”

However, in a brief statement released after the FIFA announced its decision which it said took effect from September 25th, the 72-year-old Warner was dismissive.

“I left the FIFA in April 2011 and if in September 2015 the FIFA wants to ban me for life without even a hearing, then so be it,” he said, adding that the latest development would not distract from the problems the football body is currently facing.

Warner was making reference to the criminal investigation being conducted into FIFA’s president Sepp Blatter.

Swiss authorities raided his FIFA office last week and questioned him in connection with a TV rights deal that he signed with Warner 10 years ago and a “disloyal payment” he made to President of Union of European Football Associations (UEFA) Michel Platini.

Blatter, who is due to step down from FIFA’s leadership next February, is under suspicion of criminal mismanagement or, alternatively, misappropriation.

Warner, meantime, is fighting the extradition process that is underway to send him to the US to face the charges that stem from allegations that he began to leverage his influence and exploit his official positions for personal gain from the early 1990s; accepted a US$10 million bribe from South African officials in return for voting to award them the 2010 World Cup; and bribed officials with envelopes each containing US$40,000 in cash.

He is among 14 current or former FIFA officials who were indicted in May.