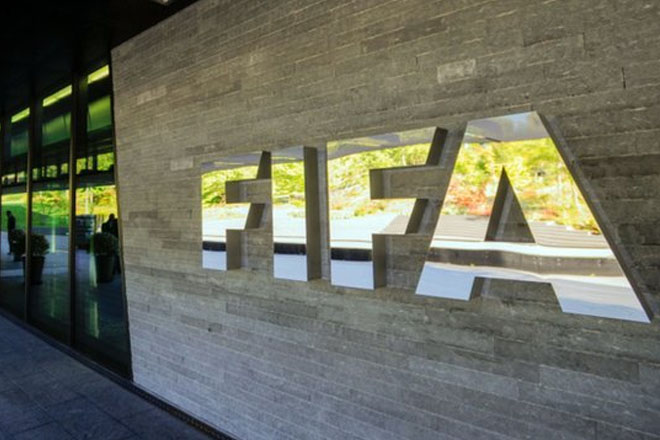 Football’s world governing body has been at the centre of corruption claims since the summer, after United States prosecutors charged officials.

SFO director David Green said the organization had no jurisdiction to go after FIFA under bribery laws.

“We are still examining issues around possible money laundering,” he said.

Fifa has confirmed it will hold the election to determine Sepp Blatter’s presidential successor at a special congress on 26 February, 2016, with the deadline for candidates now passed.

Swiss Blatter, 79, and UEFA boss Michel Platini, 60, are suspended while FIFA investigates reports that a £1.35m payment was made in 2011 for work Platini did as Blatter’s adviser.

Both men deny any wrongdoing and are appealing against their 90-day bans.

The alleged money laundering involves the bidding for the 2018 and 2022 World Cups.

One of these involved a £270,000 payment by the Australia 2022 bid committee to former FIFA vice-president Jack Warner, which may have gone through London.

Green, giving evidence to the culture, media and sport select committee, said: “I cannot confirm the assertion that money went through London – it certainly started off in Sydney and appears to have ended up in Trinidad.

Green also pointed out there were criminal investigations taking place into many of the officials involved in the USA and Switzerland.

Liberian Football Association president Musa Bility, one of eight potential candidates for the FIFA presidency, says he presents the only credible option for the leadership of world football’s governing body.

Bility said he had received the requisite five nominations, which had come from outside the west African region, in order to stand after nominations closed on Monday for the FIFA election.

“I don’t see any real challengers because all the others who are running have played some part and if we have to reform football, none of them should be given the right to run the organization,” he told the BBC.

He did also says he could step aside if Africa endorsed South African politician Tokyo Sexwale,

Fellow presidential candidates Jerome Champagne and David Nakhid have declined to say which football associations had backed them.