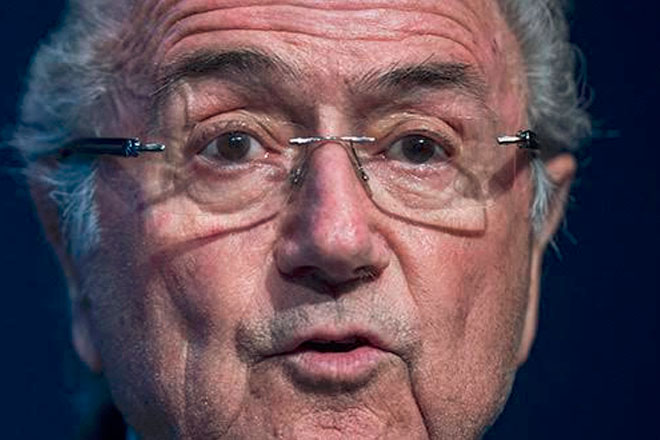 New York, United States (AFP) — The FIFA corruption scandal escalated Thursday as one suspect told of World Cup bribes and another promised to reveal an “avalanche” of secrets, including about FIFA president Sepp Blatter.

The storm spread around the globe with South African police opening an investigation into claims that money was paid to secure the 2010 World Cup.

Police are also looking into Australia’s bid for the 2022 World Cup, while in Venezuela investigators raided the country’s football headquarters looking for evidence against a FIFA official held in the scandal.

Following the shock resignation of Blatter on Tuesday, focus has shifted to the US investigation which led to seven FIFA officials being arrested last week in Zurich.

Evidence given by ailing whistleblower Chuck Blazer to US investigators told of attempts to buy the 1998 and 2010 World Cups hosted by France and South Africa respectively.

Blazer has admitted to charges related to his leadership of the North and Central American body CONCACAF and membership of FIFA’s executive committee.

“Among other things, I agreed with other persons in or around 1992 to facilitate the acceptance of a bribe in conjunction with the selection of the host nation for the 1998 World Cup,” Blazer said in his plea.

France beat Morocco in the bidding to stage that tournament. A document detailing the charges says that Blazer was present when a co-conspirator accepted a bribe in Morocco.

A former head of France’s 1998 bid committee, Jacques Lambert, insisted “no irregularities” were committed by its officials.

Lambert said he had been told that disgraced official Jack Warner promised to back France’s bid but voted for Morocco.

Blazer went on to admit that he and “others on the FIFA executive committee” agreed to accept bribes in conjunction with the selection of South Africa to host the World Cup in 2010.

South African officials have angrily denied allegations by US investigators that they paid $10 million in bribes in 2008 to secure the rights.

The money allegedly went to Warner, a former FIFA vice-president and another former CONCACAF head. He was suspended by the world body in 2011 for corruption.

Warner promised Wednesday in his native Trinidad and Tobago to tell an “avalanche” of secrets.

“I reasonably and surely fear for my life,” he declared in a paid political broadcast and later added that “not even death will stop the avalanche that is coming.”

Warner said he had a file which “deals with my knowledge of international transactions at FIFA, including its president Mr Sepp Blatter” and “Trinidad and Tobago’s prime minister.”

Reports say US investigators believe FIFA secretary-general Jerome Valcke authorized the transfer. But Valcke, who was effectively Blatter’s right-hand man, insists he had nothing to do with it.

The anti-poverty group Jubilee USA, meanwhile, said the scandal would not have been possible without banks turning a blind eye.

“This level of corruption was only possible with the complicity of the global banking system,” Jubilee executive director Eric LeCompte said, noting that 26 banks were cited in the US indictment of seven FIFA executives and a number of others over bribery in deciding FIFA business.

Venezuelan prosecutors raided the headquarters of the country’s football federation, whose leader Rafael Esquivel is one of seven FIFA officials held in Switzerland.

In parallel to the US inquiry, Swiss prosecutors are looking into the awarding of the 2018 and 2022 World Cup tournaments to Russia and Qatar.

And Australian police said they were now looking into corruption claims around Australia’s failed 2022 bid.

Later Thursday, FIFA revealed a US$5 million payment to the Football Association of Ireland after Thierry Henry’s handball stopped Ireland qualifying for the 2010 World at the expense of France.

Blatter also held talks with the head of the governing body’s Audit and Compliance Committee on “comprehensive reform” for the organisation.

And Brazilian legend Pele, who supported Blatter, pleaded on Twitter: “It is our responsibility to protect this beautiful game for our future generations.”