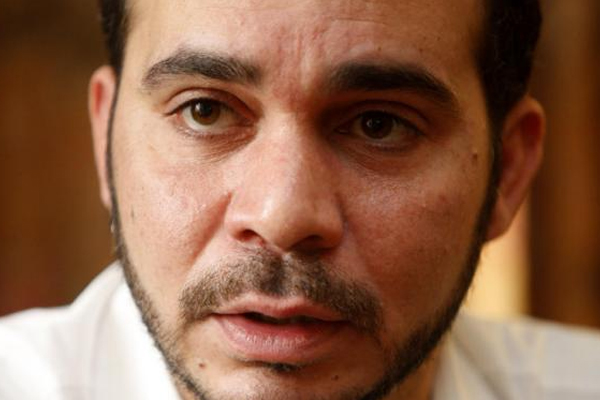 Geneva (AP) — Sepp Blatter is facing a challenge from a 39-year-old Jordanian prince in his bid for a fifth term as president of soccer’s scandal-tainted governing body.

Declaring that “it is time for a change,” FIFA Vice-president Prince Ali Bin Al Hussein announced Tuesday he will be a candidate for the FIFA presidency on May 29 in Zurich, where Blatter will seek re-election at the age of 79.

“This was not an easy decision,” the prince said in a single-page statement in which he pledged to run a positive campaign and did not specifically mention Blatter. “It came after careful consideration and many discussions with respected FIFA colleagues over the last few months.”

“The message I heard, over and over, was that it is time for a change,” said Prince Ali, who has been encouraged to run by European football governing body UEFA and its president, Michel Platini.

FIFA did not immediately respond to a request for comment from Blatter’s office.

Prince Ali is considered the main challenger to Blatter. Jerome Champagne of France, a former FIFA staffer and longtime ally of Blatter, has also announced his intention to run.

Prince Ali said in his statement Tuesday that “it is time to shift the focus away from administrative controversy and back to sport”.

“The world’s game deserves a world-class governing body — an international federation that is a service organisation and a model of ethics, transparency and good governance,” said Prince Ali, who joined FIFA’s executive committee on the day of Blatter’s most recent re-election in June 2011.

Blatter has survived by avoiding personal scandal and deft political mastery of an often secretive organisation he joined in 1975, before Prince Ali was born. The veteran Swiss official has said his mission to lead world football is unfinished.

FIFA member federations — which elect the president in a secret ballot — have also shown little desire to remove Blatter as they receive increasing shares of billion-dollar annual income from commercial deals tied to the World Cup, sports’ most-watched event.

Prince Ali did not specify which five of FIFA’s 209 members will nominate him for the presidency, as required before a January 29 deadline. He was expected to travel to Australia for the Asian Cup, which kicks off Friday, and an Asian Football Confederation congress in Melbourne.