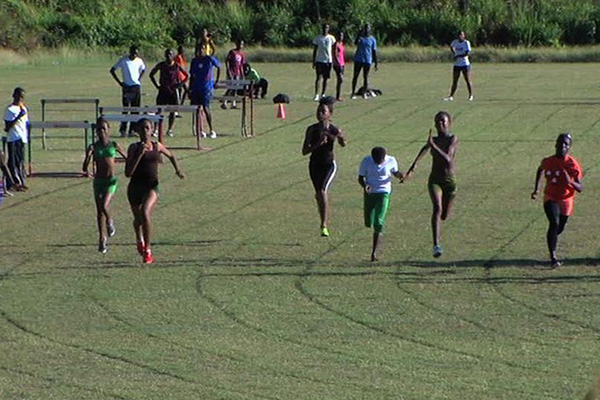 (ZIZ)– The St. Kitts-Nevis Amateur Athletic Association (SKNAAA) held its most successful track and field development meet to date on Sunday which saw some fifteen qualifying standards being recorded for an upcoming event.

Those athletes qualified for the 2014 CARIFTA Games in several disciplines including the high and long jumps, the shot put and the sprints at just the fourth development meet for the year.

He also made mention of two other athletes who topped their previous performances at Sunday’s Development Meet.

Huggins says these recent results are proof of the growth of track and field in St. Kitts and Nevis over the past few years, adding, “we’re we’ve been struggling to even get the “B” standard, we are now eclipsing the ‘A’ standards so it really goes to show that there is something that is happening in athletics.”

The 2014 CARIFTA Games will be held from April 19th-21st in Martinique.