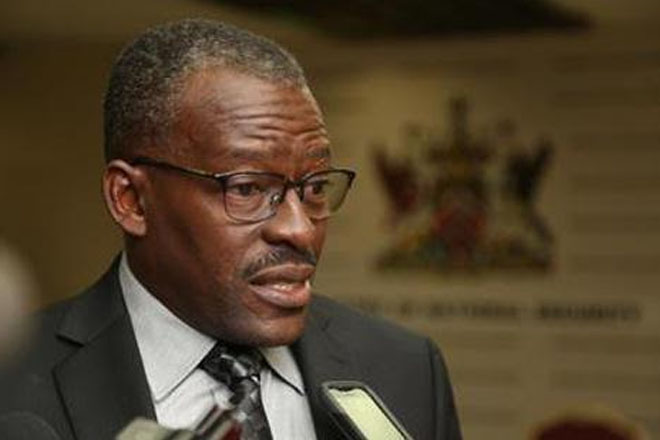 He was speaking at the Trinidad and Tobago Regiment’s passing out parade of recruits on Saturday.

Dillon said, “While we are thinking and reviewing past approaches to the organisation, training and equipping of law enforcement operatives as well as other human necessities, without a doubt the major challenge facing our society today is criminal activity.

“The government sees this as its number one priority since it is of the view that Trinidad and Tobago will not be able to design a desirable future unless law and order and the security of persons and property can be addressed in the context in which all citizens can feel assured that justice can and will be done.

“It is clear, therefore, that if government is to advance this process of transforming our society and to effectively address the issues of crime, violence and disorder, a multi-prong government approach must be adopted inclusive of environmental, cultural and social factors.”

He said all ministries and agencies will share responsibility for the security of the state.

Dillon said those who were in the ministry of national security and were charged with the responsibility of securing the country and protecting and defending the people of Trinidad and Tobago found themselves being confronted daily with new challenges as it related to criminal activity.

He said a mere 15 years into the 21st century and adapting to the demands of the new era was one of the principal objectives of the ministry as it related to the defence and security of the republic.

Dillon said as a consequence of this reality, they had been forced to refine their concepts of defence so as to treat with this new era of sustained threats to the society.

He said in this regard, the ministry and by extension the Trinidad and Tobago Defence Force had been developing strategies and concepts of operations at the strategic level which were appropriate for this new era.