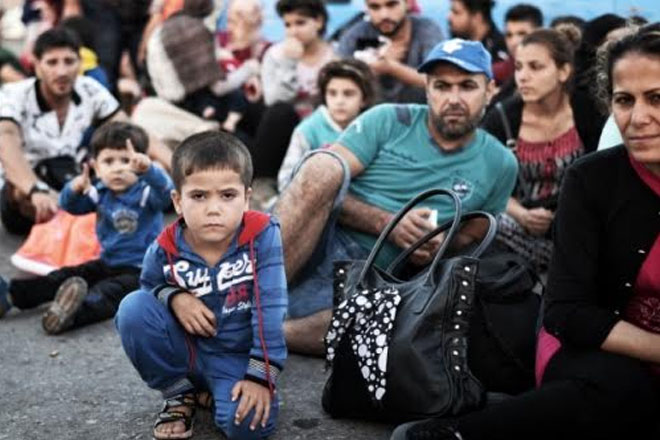 Afghans are the second largest migrant group – behind Syrians – arriving in Europe, where authorities from the Mediterranean to the Baltic Sea are struggling to cope with the continent’s worst refugee crisis since World War II.

The prospect of a new tide of war refugees – from Afghanistan to Iraq and North Africa – poses a daunting challenge for EU policymakers already scrambling for a unified response to the overwhelming influx of people.

“The flood gates are open – and this is our best chance to reach Europe,” said 28-year-old Mirwais, a former translator at an American base in the volatile eastern province of Kunar.

Mirwais, who has been waiting for a US Special Immigrant Visa (SIV)since he complained of Taliban threats in 2012, has been captivated by television footage of refugees pouring into Europe.

In particular, it was the image of dozens of Germans holding up “Welcome Refugee” signs that prompted Mirwais, who goes by one name, to travel to Kabul to renew his passport.

His plan: if the SIV doesn’t imminently materialise, he will pay one of the ubiquitous human smuggler networks flourishing in Afghanistan to undertake a dangerous voyage – through Iran and onwards to Turkey and finally, Germany.

“I hear Syrian refugees are being given a priority in Germany,” said Mirwais, the amber coloured tasbih – prayer beads – wrapped around his wrist, as he joined a queue snaking outside Kabul’s passport office.

“But I think Afghans have a good chance.”

Mirwais is one of thousands of jobless Afghan civilians eager to find refuge in Western nations, fleeing decades of turmoil and war tearing their country apart.

The number of his countrymen seeking asylum in industrialised nations has now surpassed all previous years since 2001, with the UN refugee agency reporting a 65 percent surge in applications in 2014 over the previous year.

New figures from the agency show Afghans constitute 14 percent of the 381,412 people recorded as having arrived in Europe by sea so far this year, making them the second largest migrant group after Syrians.