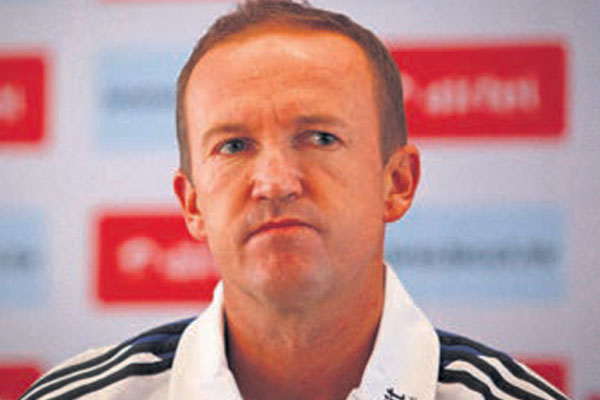 Sports Page — Andy Flower has taken the unusual step of issuing a statement that describes as “totally inaccurate” reports that he has told the ECB he will resign as coach unless Kevin Pietersen is dropped.

In the wake of the 5-0 Ashes whitewash Flower said he was not willing to discuss the futures of individual players and that was followed by a report in the Guardian, also run in various other UK national newspapers, that his relationship with Pietersen had fallen apart.

“Following speculation in the media today I feel it necessary to reiterate much of what I said in my recent press conference,” Flower said. “It would be sensible and responsible to review the tour in a calm and logical manner before assessing our options for the future and planning ahead.

“I repeat that neither I nor the wider ECB leadership group have made any decisions as to the future involvement of any individuals in the playing group or in the support staff. The reports that I have issued an ultimatum of some description to the ECB are totally inaccurate.”

Earlier, Pietersen had taken to Twitter to make public his desire to play the next Ashes in 2015. “Very disappointed to lose 5-0, and not to score more runs personally. Tough tour against a top class team.” Pietersen posted. “I want to thank all the England fans for their terrific support. And I’m determined to help regain the Ashes in 2015.”

But that decision ultimately rests with Flower, England’s team director, and perhaps the captain, Alastair Cook. Flower’s mood has probably not been lightened by a suggestion from Michael Vaughan, a former England captain, that Pietersen should become vice-captain deliberately to break down a culture of “yes men” that has grown up around the England set-up.

Vaughan has since expressed the fear that Pietersen could become the scapegoat for England’s Ashes defeat . “I hope England do not take the easy way out of this mess by making Kevin Pietersen the victim for the Ashes whitewash,” he wrote.

Flower has wasted no time in indicating to the new managing director of England cricket, Paul Downton, that he wants full authority to rebuild England’s Test side as he sees fit, with the final say on selection.