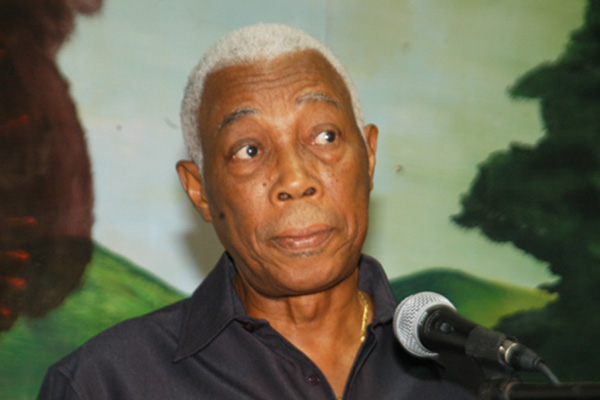 Nicholson and his Trinidadian counterpart Winston Dookeran had a hastily arranged high profile meeting in Kingston late November to avert what was being described in some circles as a “trade war”.

Jamaicans had responded angrily – threatening to boycott Trinidadian goods –  after 13 Jamaicans were turned back at the Piarco International Airport in Trinidad in what was said to be a breach of CARICOM rules relating to free movement.

Though the meeting between Nicholson and Dookeran reportedly went well with the two men arriving at a mutually acceptable understanding on the movement of nationals, Dookeran was publicly criticised by a Cabinet colleague on his return home leading to more disquiet.

However, in a question and answer session following a presentation to lay magistrates in Mandeville late Thursday, Nicholson played down the problems.

“In every integration movement whether it is in Europe and South America or anywhere you are going to have challenges,” he said.

“We could never expect that after that dialogue (with Dookeran) everything was going to be honky dory, but it is a work in progress,” Nicholson said.

He confirmed that dialogue with Trinidad and Tobago would continue at the beginning of March when he visits the twin-island republic.

Jamaica is the second largest importer of Trinidadian goods behind the United States and has a trade deficit with its Caricom partner in excess of US$2 billion, mainly fueled by petroleum, lubricants and related products.

Nicholson argued that it was the duty of Jamaica, Trinidad and Tobago and other CARICOM partners to iron out the difficulties and to ensure that CARICOM citizens are given due respect at points of entry.

“It is our duty to keep on and I intend to keep on with my Trinidad counterpart and other foreign minister s within Caricom to make sure that what is to be given at the airports is respect,” he said.

He referred to what he described as “belly aching” and “quarrelling” about regarding travellers being searched at airports including Piarco International. But according to Nicholson, Jamaicans needed to accept that “searches” at points of entry was an ongoing reality globally.

“Searching of travellers is something that happens all over the world every minute of the day and night,” Nicholson said. “The problem is when you are treated in (a disrespectful) way and you are turned back; and that is a very serious thing,” he said.

He urged Jamaican travellers who believe they have been treated badly to make reports to the relevant authorities rather than simply going to the news media.

“If you travel within Caricom – Trinidad, Barbados, Antigua wherever – if you travel and you feel that you are not treated properly it nuh mek any sense you go and tell the press about it, and don’t tell us (government),” said Nicholson.

“Telling the press …cant help you. The press can only give you some residual excitement. What you need to do is produce a report and give it to the authorities, either the immigration authorities or the ministry of foreign affairs and foreign trade,” he said.

Nicholson took comfort in a recent Bill Johnson poll commissioned by the Gleaner Company which he said had shown by a margin of 3-1 that despite the difficulties, Jamaicans believed the country should remain part of CARICOM.

Movement of CARICOM nationals within the region was a major talking point in 2013 reaching a highpoint in October when the Caribbean Court of Justice ruled in favour of Jamaican Shanique Myrie in legal action brought against the Barbados government.

In March 2011 Myrie was allegedly subjected to a body cavity search at the airport in Barbados, detained and deported to Jamaica –  actions the CCJ said breached CARICOM rules.