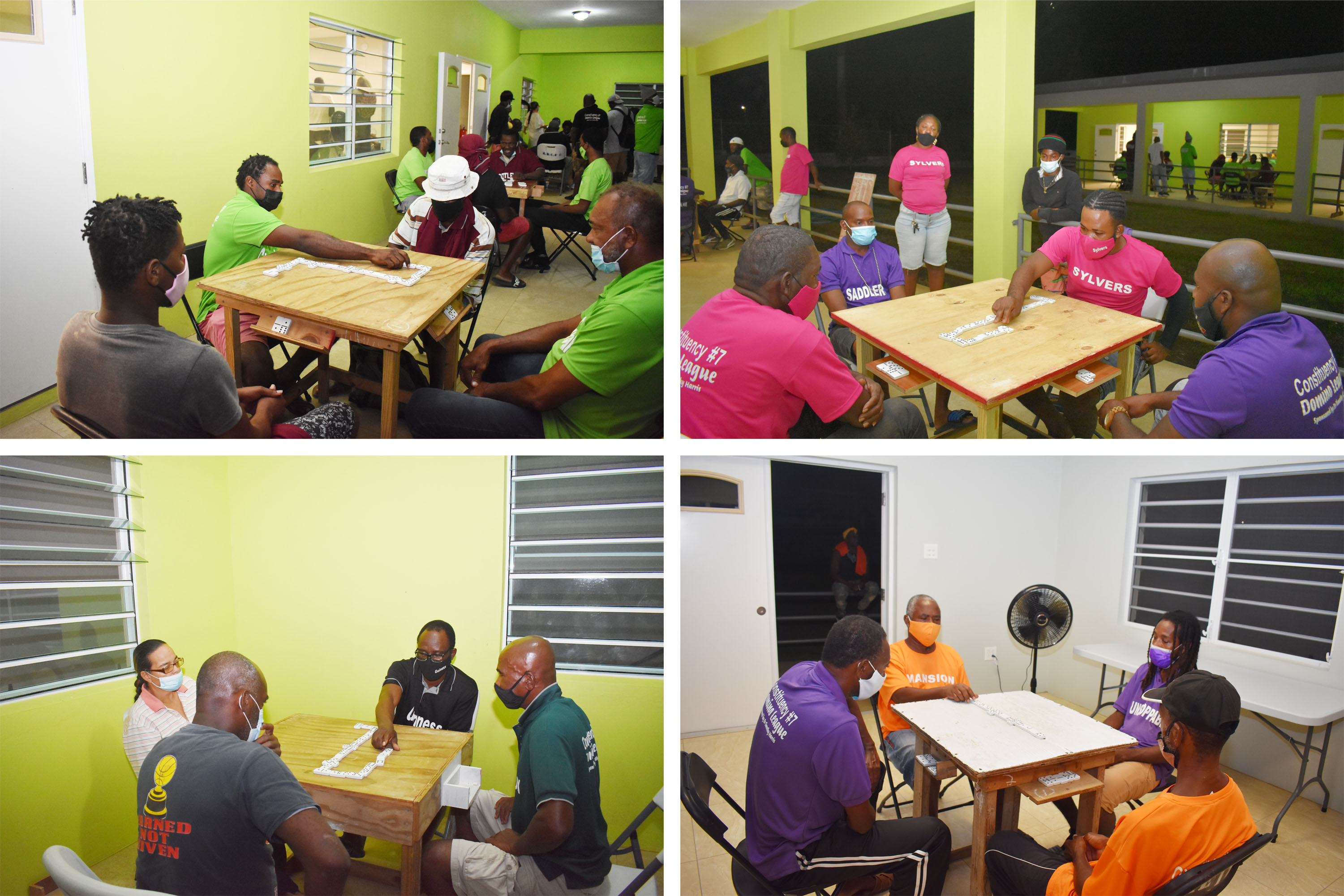 BASSETERRE, ST. KITTS, November 10, 2021 (MMS-SKN) — Thirteenth, and final, a segment of play in the single round of play in the 26th edition of Constituency Number Seven Dr the Hon Timothy Harris Domino League came off on Tuesday, November 9 at the new Lodge-Ottley’s Community Centre, but final four teams are yet to be named as a result of a disputed game.

The fourth position will be determined after the game between Sylvers Domino Club and former champion team Lodge Domino Club that ended up in dispute on Thursday, November 4 is arbitrated. The game ended with Sylvers leading 11-9, when it is reported that Lodge players walked off the tables.

While Sylver’s captain, Octavia Huggins-Sewell, maintains that her team should be awarded the maximum points after Lodge players would have walked off, the committee voted that the game should resume at 11-9, but she has petitioned that ruling.

After the Executive Committee of the league would have made the final ruling as to when the outstanding game between Sylvers and Lodge will be played, if it will, a fixture for the final four play-offs will be released for games that will be held at the new Lodge-Ottley’s Community Centre