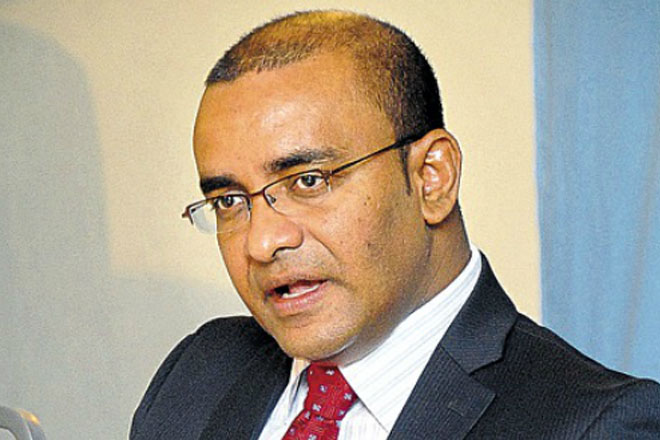 Georgetown, Guyana (CMC) — A magistrate has ordered former Guyana president Bharrat Jagdeo that he should not leave the country without the court’s permission after he appeared in court on Monday on the charge of making racially divisive statements.

Jagdeo was forced to attend the Whim Magistrates’ Court on Monday and was released on his own recognizance after the charge was read out to him.

The court ruled that the former head of state must seek its approval before he leaves the country. He will return to court on June 23.

Jagdeo went to the court after the presiding magistrate indicated that if he did not make an appearance in person, the court would have employed measures to ensure that he did.

Jagdeo faces a private criminal charge that had been filed by attorney and chartered accountant, Christopher Ram, who alleges that the statements made by the former president at Babu John on March 8 about the beating of drums to drive out one race by another out of office, could result in ethnic violence or hatred as cited in the Representation of the People Act.

Jagdeo faces the possibility of a jail term under that the Representation of the People Act if he is found guilty.

The Media Monitoring Unit of the Guyana Elections Commission (GECOM) in its first report for the 2015 elections described the Jagdeo statements as “racially divisive”.

The Unit said it offered comment on the speech after it was aired nationally on state and private television stations.