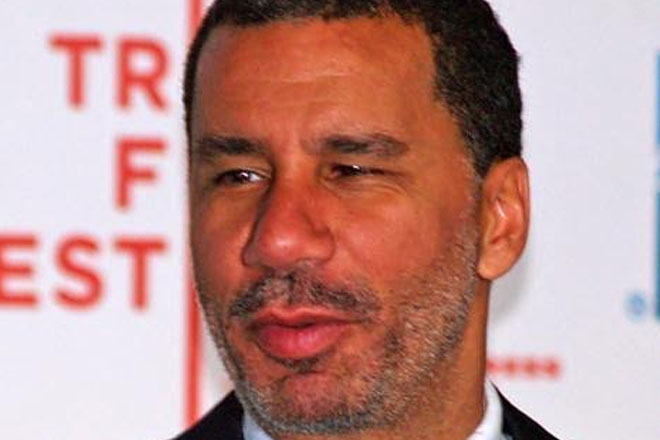 Port of Spain, Trinidad — Flown in to Trinidad by the opposition People’s National Movement (PNM) to support its election campaign at a public rally in Port of Spain on Saturday, former New York Governor David Paterson claimed Trinidad and Tobago ancestry as his reason for being there.

“Paterson justified his presence on the PNM stage, saying that New York held the largest group of Trinidadians outside of T&T and that his family was originally from T&T,” the Trinidad Guardian reported.

However, this appears to have been Paterson’s first known claim to Trinidad and Tobago roots and is at odds with an earlier interview with New York Now, when he claimed Jamaican and Grenadian heritage:

“According to a New York Now interview, Paterson traces his roots on his mother’s side of the family to pre-Civil War African American slaves in the states of North Carolina and South Carolina. His father is half Afro-Jamaican. His paternal grandfather was Leonard James Paterson, a native of Carriacou who arrived in the United States aboard the SS Vestris on May 16, 1917.” ~ Wikipedia

The choice of Paterson to endorse the PNM and its leader Dr Keith Rowley has also been questioned in the light of Patterson’s controversial admission of extra-marital affairs in 2008, one day after his inauguration as governor of New York following the resignation of Eliot Spitzer, also on grounds of sexual misconduct.

In describing Paterson’s remarks as a “foreign attack” on Prime Minister Kamla Persad-Bissessar, the Trinidad Express referred to him as the “Blind ex-New York governor tainted by scandal”.

A second US politician, former US Representative Edolphus Towns, also appearing with Paterson at the rally to endorse the PNM, was another questionable choice, given Towns’ own chequered history, especially in the light of the Indo/African racial and political polarisation in Trinidad and Tobago.

In November 2000, Towns was severely criticized by India for requesting that the White House “declare India a terrorist state” because of “the pattern of Indian terrorism against its minorities.” The White House dismissed the allegation, saying there was “no credible evidence”.

Neither does Towns’ financial acumen apparently bear scrutiny. In 1992, Towns was named in the House banking scandal, having written 408 checks on an overdrawn bank account. Then, in 2011, it was disclosed that Towns was leasing a vehicle at public expense at a cost of $1,285 per month. This was one of the highest costs of a taxpayer financed cars leased in Congress. The total cost of the two-year lease was projected to exceed $30,000 compared to the $28,180 retail price.

According to Dr Roodal Moonilal, deputy political leader of the United National Congress (UNC), Rowley imported “disgraced US politicians to cover up lack of plan, support and vision to take us to the next level”.

“Today out of a population of 1.3 million people, no citizen was prepared to come forward to endorse him. Two persons from the United States journeyed to Port of Spain to endorse Dr Rowley, but both individuals had allegations of corruption hanging over them. If these are the people who are here to endorse Dr Rowley, then he is in good company,” Moonilal said.

He also criticised Rowley for failing to produce his party’s manifesto.

“The country has been waiting for 293 days to hear what Keith Rowley’s plans for the future are; what he would do if he becomes Prime Minister,” Moonilal said. “Tonight, Mr Rowley stood up and said he finally had a plan – which was on its way. But all we heard was more of the same; more railing against his political opponents and talking about the past rather than setting out a plan to improve the lives of people in our country.”