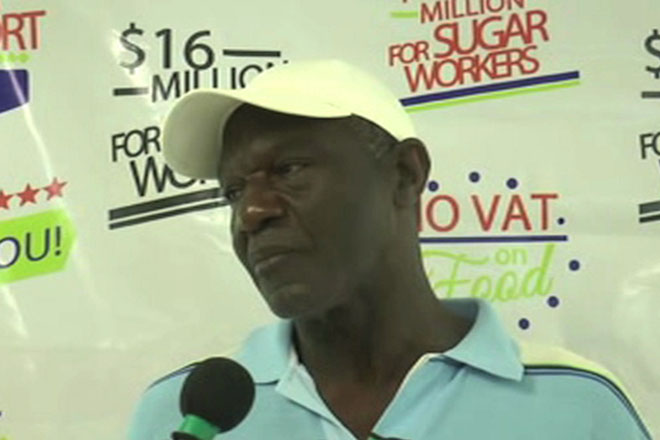 Former SSMC Workers Excited That Relief Will Be Coming Soon

(ZIZ News) – Former workers of the St. Kitts Sugar Manufacturing Corporation [SSMC] are grateful to the Governments of St. Kitts and Nevis and Venezuela for securing EC$16million to compensate them for their years of service to the once booming industry.

Cayon resident, John Paul worked for years in many areas of the SSMC. Following the press conference, he spoke with ZIZ News about his work and the gruelling process of ensuring that he and others will eventually be paid.

Alison Henrietta Williams who resides at Carty’s Pasture in Tabernacle worked for 23 years as a gatekeeper with the SSMC. She too expressed joy that relief was near.

“My heart is so full today, thanking God that this government was able to get this fund to give to us, something that we never know that we is going to get again because some get nothing and some get $1500. I got $1500 and I am so blessed and we are so blessed to be having this money coming to us. Everybody want a drink from it. I hope I could give everybody a drink,” she noted.

On Monday, a visiting delegation that was led by Bernardo Alvarez Herrera, President of PDV Caribe, presented the cheque to Prime Minister Harris.

Herrera said the donation was the first of several projects which would be made possible through the Federation’s participation in the Petrocaribe Agreement.