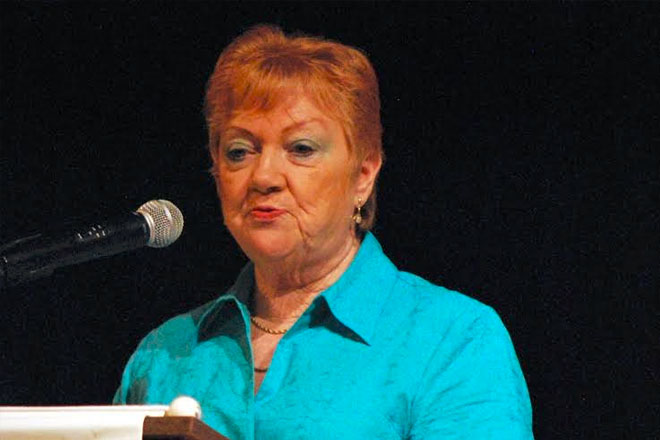 Port of Spain, Trinidad — A former minister who now leads the regional chapter of the Global Organisation of Parliamentarians Against Corruption (GOPAC) is calling on Prime Minister Kamla Persad-Bissessar to step aside as the twin-island republic’s leader, until she is cleared of wrongdoing in ongoing police investigations.

Mary King, who was fired by Persad-Bissessar four years ago, after she awarded a contract to a company she jointly owned with her husband, said yesterday she was deeply concerned about the conflict of interest that exists in the prime minister remaining at the helm while under probe.

The Anti-Corruption Investigations Bureau is looking into allegations that Persad-Bissessar was bribed by two businessmen wanted by the US for money laundering – Ishwar Galbaransingh and Steve Ferguson – to keep them out of jail and prevent their extradition, and lawmen are also investigating the 2013 discovery of marijuana at her residence.

“These investigations do not require her to remove herself from her parliamentary position as a representative of her constituency. However, as head of the National Security Council, of which the Commissioner of Police is a member, compromises his position as the head of the unit that is investigating the matters relating to the prime minister,” King contended in a statement issued by GOPAC.

“Under all international standards, the only way to avoid a constitutional crisis would be for Mrs. Kamla Persad-Bissessar to stand down from the position of prime minister, until such time as the police investigations have concluded without laying of criminal charges against her.”

Persad-Bissessar had revoked King’s appointment as a senator and Minister of Planning, Economic and Social Restructuring and Gender Affairs after she improperly awarded a TT$100,000 (US$15,788) contract for website development at her ministry to Ixanos Limited, a company in which she and her husband were the principal shareholders.

The Irish-born King had allegedly failed to disclose her interest in the company, participated in the selection process, and put her secretary on the evaluation committee which recommended the award of the contract to Ixanos.