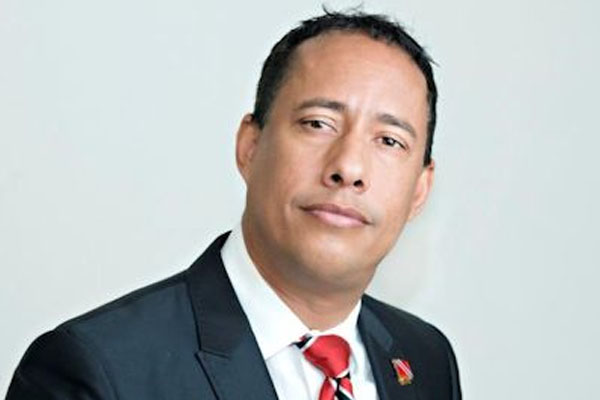 Port of Spain, Trinidad (Trinidad Express) — Former national security minister Gary Griffith has submitted a report to police related to “irregular actions that may have been committed by others” in relation to the witness tampering allegation against former attorney general Anand Ramlogan.

Ramlogan is at the centre of a criminal probe after attorney David West reported to police that before he was appointed director of the Police Complaints Authority (PCA), he was telephoned by Ramlogan and asked to withdraw a witness statement, relating to the failed extradition involving Section 34 applicants Steve Ferguson and Ishwar Galbaransingh, in exchange for him being selected for the job.

Ramlogan, who piloted the Miscellaneous Provisions (Administration of Justice) Bill in Parliament to deal with matters such as witness tampering, has since denied the allegations.

Griffith is a key witness in the investigation.

Griffith previously submitted a witness statement to the police on the issue.

As a result of recent developments, Griffith said Wednesday he has submitted another report to police to include others who may have assisted in the alleged plot to pervert the course of justice.

“Those matters are involved in the same situation but not directly related to my conversation with Ramlogan and David West,” he said.

Griffith said the new statement includes “irregular actions that may have been committed by others involved in this matter”.

On Sunday, Communications Minister Vasant Bharath issued a release slamming Griffith for compromising the integrity of the Cabinet by saying he was being pressured to recant his witness statement by members of the country’s Cabinet.

Responding to Bharath’s criticisms, Griffith denied ever making the statement that the Cabinet was pressuring him.

“Mr Bharath seems to have forgotten the text messages he sent to me,” stated Griffith. “And he should answer to the country why he was upstairs in Ernie Ross’s office and why he called me, and Ernie Ross (of Ross Advertising) called my wife, and what Ross informed myself and my wife whilst he was in office on Thursday afternoon, after it was revealed that police were investigating this matter with the Attorney General,” Griffith said in an interview on Sunday.

Both Bharath and Ross have denied the incident.

Griffith yesterday maintained his statement on the issue.

“It was a desperate red herring attempt to find an excuse to move me… when they realised from my immediate release as the minister of national security the following morning, they pulled back because having used that the country would have exposed them for what it is they were trying to do,” Griffith said.

“Plan A, which was the Ernie Ross plan, he tried to tell me at his office that the media will ask me why I didn’t tell the Prime Minister and that is when I got up and I walked away because I realised what he was doing. Then the Prime Minister came with the same Ernie Ross plan…so she became the mouthpiece for Ernie Ross, when she decided to state in the media briefing ‘why didn’t Gary tell me anything’,” he said.